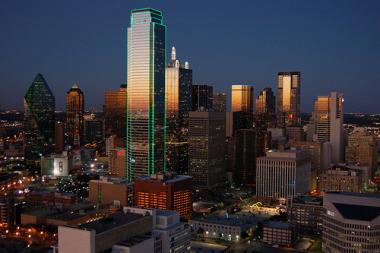 DALLAS, TX - Behringer Harvard announced today that it has begun construction of a multifamily community on two adjacent development sites totaling more than 4.6 acres in the Oak Lawn/Uptown submarket of Dallas, an infill area near the intersection of Maple and Oak Lawn Avenues.

"We believe that 4110 Fairmount will address currently unmet market demand for a superior apartment product at competitive rents in an area near the central business district," said Mr. Mark T. Alfieri, Chief Operating Officer of Behringer Harvard Multifamily REIT I, Inc. "With its luxurious finishes and proximity to major employment centers in Dallas, we expect the community to have strong appeal for young urban professionals."

Development plans include the razing of existing 1960s-vintage housing at 2607 Throckmorton Street to make way for a new luxury multifamily community with 276 apartment homes called 4110 Fairmount. Approximately two miles north of the central business district, the development site is near prominent employment centers in Downtown and Uptown Dallas, including well-established medical, market and design districts. Restaurants, nightlife and entertainment venues are less than half a mile from the site. The property also provides convenient access to the most traveled traffic arteries in Dallas, including Dallas North Tollway and Interstate 35 East.

The 4110 Fairmount community will comprise a four-story residential building wrapped around a five-level parking garage. The community also will include 23 three-story townhomes with attached two-car garages constructed on adjacent land on Fairmount Street.

Averaging 901 square feet, the apartments will be built to condominium-quality specifications and offer up to two bedrooms and two and a half baths. Units will feature eight-foot entry and patio doors, ceiling heights of more than nine feet, and full-size washers and dryers. Flooring will include stained concrete on the first floor and vinyl-wood planks in the living, dining and bath areas on floors two through four.