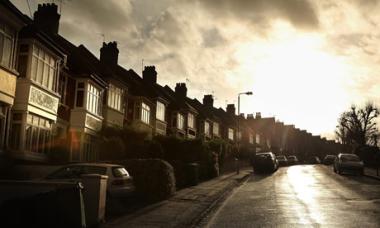 IRVINE, CA - CoreLogic, a leading provider of information, analytics and business services, reported today that the current residential shadow inventory as of July 2012 fell to 2.3 million units, representing a supply of six months. This was a 10.2 percent drop from July 2011, when shadow inventory stood at 2.6 million units, which is approximately the same level the country was experiencing in March 2009. Currently, the flow of new seriously delinquent (90 days or more) loans into the shadow inventory has been roughly offset by the equal volume of distressed (short and real estate owned) sales.

CoreLogic estimates the current stock of properties in the shadow inventory, also known as pending supply, by calculating the number of properties that are seriously delinquent, in foreclosure and held as real estate owned (REO) by mortgage servicers but not currently listed on multiple listing services (MLSs). Roll rates are the transition rates of loans from one state of performance to the next. Beginning with this report, cure rates are factored in as well to capture the rise in foreclosure timelines and further enhance the accuracy of the shadow inventory analysis. Transition rates of “delinquency to foreclosure” and “foreclosure to REO” are used to identify the currently distressed non-listed properties most likely to become REO properties. Properties that are not yet delinquent but may become delinquent in the future are not included in the estimate of the current shadow inventory. Shadow inventory is typically not included in the official metrics of unsold inventory.

“Broadly speaking, the shadow inventory continued to shrink in July,” said Anand Nallathambi, president and CEO of CoreLogic. “The reduction is being driven by a variety of resolution approaches. This is yet another hopeful sign that the housing market is slowly healing.”

“The decline in shadow inventory has recently moderated reflecting the lower outflow of distressed sales over the past year,” said Mark Fleming, chief economist for CoreLogic. “While a lower outflow of distressed sales helps alleviate downward home price pressure, long foreclosure timelines in some parts of the country causes these pools of shadow inventory to remain in limbo for an extended period of time.”