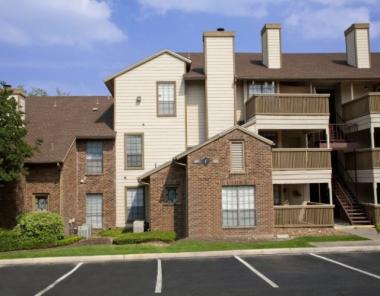 BEVERLY HILLS, CA - Marking its 16th acquisition during the past four years, Aragon Holdings has purchased Carmel at Deerfield, a 228-unit Class B multi-family property located in San Antonio, Texas. Carmel at Deerfield is in the upscale north central area of the city, close to many of San Antonio's largest employers.

Equity for the Carmel at Deerfield transaction was provided by the Aragon Multi-Family Cash Flow Fund, a private equity fund formed to facilitate the company's acquisition activity and monthly cash flow distributions to investors.

Details of the transaction, including the purchase price, were not disclosed.

Larry Clark, president of Aragon Holdings, noted that San Antonio is one of the strongest markets in the nation for multi-family housing. The city, the seventh largest in the United States and the second largest in Texas, has recovered all the jobs lost during the recession, thanks to a diversified employer base that includes five Fortune 500 companies, the tourism industry, educational centers, medical facilities and international trade.

Population within a three-mile radius of the property has grown 34% from 2000, Mr. Clark added, and is projected to grow by another 11% over the next five years. Average household income in the area is $93,000, compared to $63,000for the San Antonio metropolitan area.

Mr. Clark said Aragon Holdings is actively seeking to purchase additional multi-family properties across the nation in cities that have positive job and population growth.