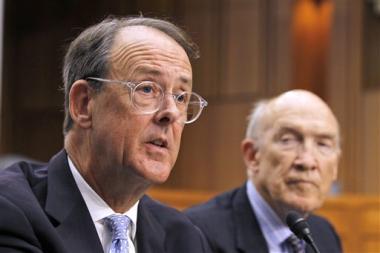 This bipartisan group of U.S. Representatives and Senators was designed to create a broad plan to reduce the federal deficit. This influential group will lead the framework for how the country addresses major fiscal issues like comprehensive tax reform in an effort to return the country to fiscal solvency and a balanced budget by 2015.

Alan Simpson, who also served as former Senator of Wyoming, along with Erskine Bowles, President Emeritus of the University of North Carolina and former White House Chief of Staff, plan to deliver the hard facts on critical issues facing the multifamily housing industry at the 2013 NMHC Annual Meeting. As an advocate on legislative and regulatory matters, NMHC continues to lead the industry with informative and timely information.

Preceding the Annual Meeting is the 2013 NMHC Apartment Strategies Outlook Conference. The conference will be an entire day of trends, statistics and powerful business insight into what lies ahead in 2013 for the economy and our industry. This meeting is open to members and non-members and requires separate registration from the NMHC Annual Meeting.

Based in Washington, DC, NMHC is a national association representing the interests of the larger and most prominent apartment firms in the U.S. NMHC’s members are the principal officers of firms engaged in all aspects of the apartment industry, including owners, developers, managers and financiers. One third of Americans rent their housing, and more than 14 percent live in a rental apartment.