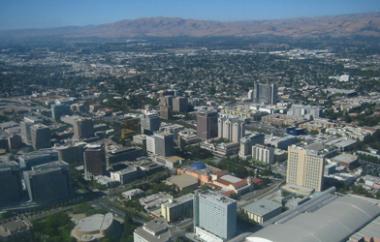 “We are extremely pleased to partner with Shea Properties on 1201 South Main. The company has an excellent reputation as a premier multifamily developer, and shares our commitment to top quality developments that appeal to residents and enhance the community,” said Ziv Cohen, COO, Resmark Apartment Living, a division of The Resmark Companies.

“This is a central location, close to light rail and the region’s major highways providing access to employment centers in the South Bay. Apartment occupancy rates have remained strong and continue to improve with the growth in employment, particularly in Santa Clara County, and we believe the apartment community will appeal to a broad demographic from single professionals to young families that desire a modern and comfortable living environment close to work,” noted Colm Macken, CEO, Shea Properties.

The property is a short walk to the VTA light rail Great Mall station that connects Milpitas to Mountain View and San Jose, and is also close to Highways 880, 680 and 237, the South Bay area’s primary transportation arteries. The Great Mall of the Bay Area shopping center, the area’s second largest retail mall, is located three blocks from the property, with grocery stores and a local Costco both less than two miles away. Construction is expected to begin late in the fourth quarter of 2012.