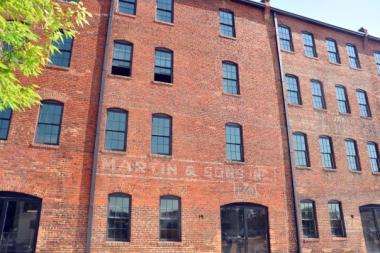 PETERSBURG, VA - Mayton Transfer Lofts of Petersburg, VA was recently awarded the "Best of the Best" Award by Follow Media Consulting, Inc. for their upscale, urban design in the category of Apartments Petersburg VA.

Built in sections beginning in 1911, the buildings that now house Mayton Transfer Lofts have had many owners and tenants in its 100-year history. Tobacco, peanuts, even liquor and cars were sold and distributed from the warehouses here.

The most prominent owner was T.W. Mayton, who, in the 1930s, purchased a majority of the connected warehouses here and operated a moving and storage business, distributing goods to the city from trains which off-loaded goods behind the building. The company also specialized in transporting huge, unwieldy loads like church bells, bridge girders and houses. The Mayton family operated from the buildings for more than 70 years. The property was purchased from the Mayton Family in 2003. Construction began in 2007, and the final phase was completed in 2012.