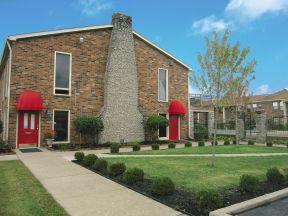 ATLANTA, GA - Today in Atlanta Georgia, Claxton Group Inc announced that the company has completed the first of two (2) renovations planned for its Rangeland Manor apartment community. This announcement came on the heels of industry gossip that the family owned real estate power-house is in the midst of completing an acquisition of a large low-income housing portfolio in southern California valued at approx $50 million. Claxton Group’s sudden interest in low-income and non-profit housing is a direct result of the company’s desire to give back to the communities in which the company does business.

The $1.1 million renovation has been underway since June of 2012. When Claxton Group bought the aging Rangeland Manor Apartments property in Louisville KY., the asset was in serious need of renovations and an up-grade to the quality of life of the community’s residents. There were broken windows, mal-functioning cooling towers, leaking roofs, just to name a few of the many problems the aging asset was suffering from. With phase one (1) of the Rangeland Renovation completed, the community now has all new roofs, gutter system, refurbished cooling tower, renovation of select units, security systems. Since these acquiring the asset in May, the company has pushed the community’s occupancy rates over ninety-three (93%) through new management practices which include working with local and national housing non-profit agencies.

The decision to acquire Rangeland Manor was made based on a directive issued to the company by its CEO, Mr. Eric Claxton, for the company to begin growing its non-profit and low-income housing assets in an effort for the company to be in a position to supply housing to families with the greatest need within the community. The company not only seeks to renovate its low-income and non-profit housing assets but seeks to turn them into assets to their respective host communities by providing not only safe, affordable, family-friendly housing to company’s residents - but also by providing them ways to develop the properties into vibrate communities. The company will begin rolling out social programs for its residents through the fall and winter with programs to assist residents in locating employment through the utilization of its new resident business office, low-cost child care for working families, and help in connecting residents with state agencies for other assistance in meeting other needs of those in the community.

The Rangeland Manor community will also begin participating in Claxton Group’s annual “Operation Christmas Angel”. The program is a privately funded giving program administered by Claxton Group Inc and the Claxton family. The program is aimed at spreading some much needed holiday cheer to families whom other-wise might not have been able to have their needs met (and exceeded) during the holiday season. The company goes through tips from many sources to compile a list of needy receipts. The holiday wishes are granted & needs met on an anonymous basis, with the receipt not knowing from what source the help was sent. This will be the first year that the company has expanded this program to include those not living in the company’s home state of Georgia, let alone residents of the communities owned by the company.

Another annual event that Claxton Group plans to add to the line-up of community events will be Rangeland Manor’s “Not-so-Haunted Manor, Halloween Party”. The event will create a safe, entertaining environment for community residents to socialize and to enjoy food and drink, music and candy for the kids. Some special features of this event at other Claxton Group properties have included live bands, hay rides, candy treks, pumpkin carving & costume contest (cash prizes)- Some of which could be included in this year’s Rangeland Manor Halloween event. Both of these holiday events are in addition to programs in place at other Claxton Properties, all aimed at creating a sense community for the residents.

The final phase of renovation for this property is scheduled to begin in the spring of 2013 with the addition of new signage, landscaping, multi-tier playground complex, renovated community center, and the installation of tenant controlled heating & cooling systems in the entire community. The second phase of construction is expected to cost Claxton Group Inc another $950,000.00. Claxton Group Inc plans to finance this next round of renovations through a combination of operating proceeds, government grants, & through the use of an in-house designed bond program designed to replace the property’s existing water and HVAC systems through privatization within the non-profit industry. Whereby Rangeland Manor’s water & HVAC needs will be provided by an associated non-profit water company associated with Claxton Group Inc.