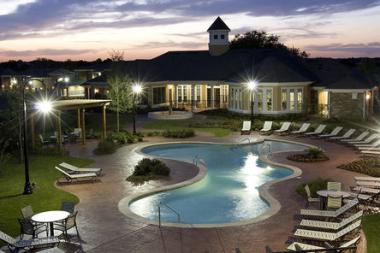 DALLAS, TX - The latest monthly apartment market report from Axiometrics Inc. notes that national effective rents (rents net of concessions) increased 0.54% from June to July, bringing year-to-date (YTD) effective rent growth up to 4.42%. Annualized, the effective rent growth rate has moderated from the peak rate of 5.32% set in July 2011, reaching a point of relative stability around 4.0% for every month since November 2011. While new apartment deliveries have yet to impact rent growth, the rate of new deliveries is accelerating with approximately 56,000 units being delivered in the last six months of 2012 and approximately 129,000 units going online in 2013.

“Since the tear the apartment market was on in July of 2011, there has been a gradual moderation in both effective rent and occupancy growth, though we are still near historical highs for both,” said Ron Johnsey, president of Axiometrics. “Interestingly, new supply is also just now really starting to hit the market in a big way, so at this point it can’t be faulted for the moderation in rent growth, especially as some markets—like Houston, Southeast Florida, Nashville, and Denver—are actually seeing growth rates higher than they were a year ago. The performance of the apartment market between now and next spring will provide a better idea of how the new deliveries are impacting existing product, as close to 89,000 new units will be delivered between now and April 2013.”

Axiometrics is forecasting full-year effective rent growth of 4.1%. Reaching this rate depends largely on what happens during August and September prior to normal seasonal slowing in the final three months of the year. If the market performs somewhere between how it did during these two months in 2010 and 2011, with rent growth in 2011 being somewhat slower than it was in 2010, Axiometrics reports that full-year effective rent growth could still rise as high as 4.3%.

Going forward, Axiometrics forecasts that the market will likely perform closer to the extended period of stable rent growth seen in the late 1990s, rather than the “up and down” market seen during the immediate last expansion period.

As a group, REIT properties, which account for approximately 12% of the Axiometrics database, continue to outperform the broader national market. REIT properties have grown rents 6.46% YTD, compared to 6.35% over the same period of 2011. However, in 2011 REIT properties lowered rents each month from August to December, thus the July results could be the peak YTD growth rate seen for them the rest of this year.

The national occupancy rate remained essentially the same this month, declining only 3 basis points from 94.36% in June to 94.33% in July, though it is up almost three-quarters of a point YTD. Class A and B properties have generated little growth in occupancy this year as they have remained around 95% occupied, while Class C properties have had the highest year-over-year occupancy growth.

In its latest research, Axiometrics also notes those markets that have seen the most change, positively and negatively, since last July. Corpus Christi was the most improved market, with annual rent growth climbing from 3.22% to 7.74%. Six other markets increased their annual growth rate by at least 2% from last July.

The markets at the bottom of the list experienced a steep decline in performance. Six of the bottom 10 markets still posted overall positive annual growth, but were not able to maintain their strong pace from July 2011. For example, Axiometrics reports that San Jose continues to post strong annual growth, but its rate of increase fell from 15.17% in July 2011 to 9.17% this July, thus its position on the “bottom performing list.” Eight of the 10 bottom markets were outperforming the national average for rent growth last year, but San Jose and Austin are the only ones on the list still outpacing the average this year.

Despite annual effective rent growth moderating over the last 12 months, the number of new apartment construction starts tends to be increasing across all parts of the country. In its pipeline database, Axiometrics is tracking more than 311,000 units started since annual rent growth turned positive in May 2010. Nearly 74,000 of those units were started in the 15 months from May 2010 to July 2011, which is when rent growth peaked. However, in the 12 months since the rent growth peak, more than 237,000 units have been started.