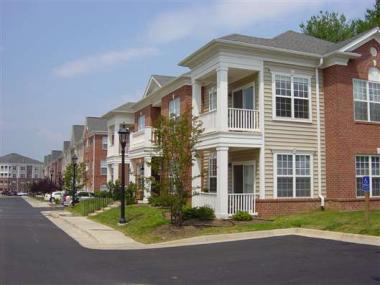 BROOKFIELD, WI - Fiserv, Inc, released an analysis of home price trends in more than 380 U.S. markets based on the Fiserv Case-Shiller Indexes. The indexes are owned and generated by Fiserv, a leading global provider of financial services technology solutions, and data from the Federal Housing Finance Agency (FHFA).

After six years of decline, the U.S. housing market is finding its footing as home prices stabilize and begin to recover across the country. Single-family home prices increased in 151 out of 384 metropolitan areas in the first quarter of 2012 compared to a year ago. While average U.S. homes prices declined by 1.9 percent on a year-over-year basis, and are forecast to decline another 1 percent in the next twelve months, Fiserv Case-Shiller projects a 5 percent increase between the first quarters of 2013 and 2014.

“Inventories of single-family homes have dropped below 2.5 million units, the lowest levels since 2004. This shrinking supply of unsold homes is nudging home prices upward in selected markets,” said David Stiff, chief economist, Fiserv. “However, negative equity remains a factor constraining supply in some markets, since many underwater homeowners cannot come up with the cash to cover the difference between their outstanding mortgage balances and the current market value of their homes. Many positive equity homeowners are also keeping their houses off of the market, waiting for price increases to boost their selling profits.”

Price gains were recorded in many markets that were hard-hit by the housing crash, including Detroit (+8.6 percent) and Miami (+6.4 percent). However, prices did continue to fall in many metro areas, especially those still flooded with large numbers of foreclosed properties, such as Atlanta (-17.4 percent), Las Vegas (-7.4 percent) and Memphis (-4.7 percent).

The changing composition of unsold inventories and homes sold is also boosting home prices in some metro areas. In many crash markets, foreclosed properties now account for a shrinking proportion of sales activity, as investors quickly absorb inventories of repossessed homes and banks shift to short sales as a less costly alternative for handling delinquent mortgages. Because short sales are usually less heavily discounted than foreclosure sales and the share of non-distressed property sales is also increasing, home prices are jumping in many markets even when sales activity is flat or growing slowly. This shift in sales composition may also bring good news to markets that continue to be crushed by foreclosures. When demand for bank-owned properties catches up to supply, price bounces may occur.

“The state of the overall economy presents the biggest risk to the housing market. The economic recovery has stalled each spring/summer during the last three years, and last summer’s economic stumble was accompanied by a sharp decline in consumer confidence, which cut into home sales activity and pushed home prices down a little further. If confidence were to drop by similar amount this year, either because of the monetary crisis in Europe or the political impasse in Washington D.C., then we could experience another downward leg in home prices,” Stiff added. “However, given that owner-occupied housing is incredibly cheap historically and falling confidence would be accompanied by lower mortgage interest rates, we may be at a point where housing markets can finally withstand a weak economy.”

As home ownership has declined and rates of household formation have picked up, demand for apartments has increased, driving up rents. The mortgage payment for the median-priced U.S. home is now less than median asking rent, so it is cheaper to buy a house than to rent an apartment or house in many parts of the nation. As housing markets stabilize and new households compare the expenses of renting versus buying, the demand from first-time buyers is expected to pick up. Consequently, even if economic growth remains weak, the relative affordability of buying will push home prices upward.

Other highlights from the latest Fiserv Case-Shiller Indexes include:

The Fiserv Case-Shiller Indexes, which include data covering thousands of zip codes, counties, metro areas and state markets, are owned and generated by Fiserv. The historical and forecast home price trend information in this report is calculated with the Fiserv proprietary Case-Shiller indexes, supplemented with data from the FHFA. The historical home price trends highlighted in this release are for the 12-month period that ended March 31, 2012. One-year forecasts are for the 12 months ending on March 31, 2013. The Fiserv Case-Shiller home price forecasts are produced by Fiserv and Moody’s Analytics.