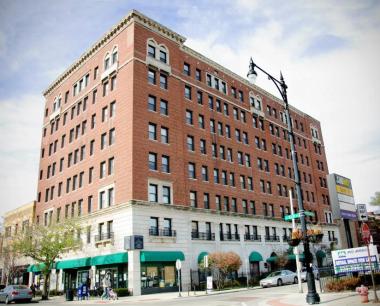 CHICAGO, IL - A Chicago-based property management company, TLC Management Co., which owns and operates thirty-four rental communities located on or near Chicago’s lakefront, is currently renovating one of its Hyde Park apartment buildings, The Versailles Apartments. The planning process for these upgrades has been ongoing since TLC first acquired the building at the close of 2011, yet construction did not begin until early July 2012 and is set to wrap up sometime around Thanksgiving of this year.

These upgrades are some major steps forward for The Versailles apartment building and TLC alike. In fact, they are the first improvements to be made to these apartment units in the past 20-30 years. Upgrades include completely renovated kitchens with new cabinets and countertops, new layouts that create more usable space, and finally, new paint and finishes. The Versailles building is nearly 100 years old and these renovations are meant to bring it up to current standards, with a more contemporary look. However, TLC which owns and operates a variety of apartments in South Shore and Hyde Park still wishes to maintain the integrity of the building’s original beauty. They will do this in a few different ways. First and most importantly, the building’s façade will not be touched. Similarly, the pre-existing moldings and arches inside the apartment building will remain unscathed.

Roughly a month into the construction process, current tenants of the building appear to be thoroughly impressed with the improvements that have already been made, and likewise, TLC Management seems pleased as well. “The Versailles apartment building in Hyde Park is a great building in a great neighborhood. The renovations currently underway, will only add to the experience of living here,” noted Stuart Handler, CEO at TLC Management, Co.