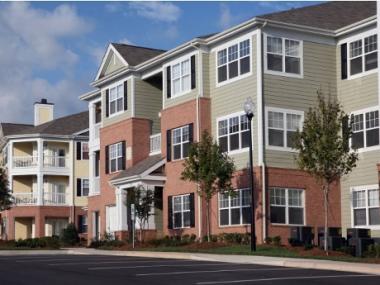 “We will soon know if this is just a one-month blip or if it looks like there will be further softening in the second half of the year, though by historical standards we are still in a strong effective rent growth market,” said Jay Denton, vice president of research for Axiometrics. “Multiple scenarios could play out over the coming months, leading to end-of-year growth rates anywhere from just under 4.0% to as high as 4.7%. Much depends on job growth, as well as on new unit deliveries which are really starting to ramp up.”

The national occupancy rate improved 6 basis points this month, from 94.28% in May to 94.34% in June. While overall absorption is not as strong this year as compared to 2011, this primarily relates back to Class A and B properties already being occupied at rates of 95% or better in many of the major markets. There is simply not much room for occupancy to grow for Class A and B properties, but for Class C and new, lease-up properties, occupancy growth remains strong.

REIT properties, which comprise approximately 12% of the Axiometrics database, show significantly stronger YTD effective rent growth than other properties, with a current average rate of 6.08%. This compares to 5.68% over the same period in 2011. Still, because rents are typically pushed more aggressively in the first of the year by such properties and because there is normal seasonal softening to be expected in the coming months, Axiometrics notes REIT property YTD effective rent growth could fall below 6%, or even 5%, during the second half of the year.

“We expect the trend line to stay right around the 4.0% level through the end of the year,” added Denton. “While that growth rate is not as optimistic as our previous forecast, it is still a strong rate by historical standards. For example, from 1996 to 2009, there were only three years in which the national average effective rent growth rate eclipsed 4.0%, and during that stretch the market never posted back-to-back years of 4.0% or higher annual growth. If things don’t slow too much, 2012 will be the third year in a row the market achieves that benchmark.”

Effective rent growth will also be impacted by new apartment properties being delivered into the market. Axiometrics reports that deliveries will jump from 17,718 units delivered in the second quarter of 2012, to 25,534 units in the third quarter, and 28,406 in the fourth quarter. This would result in nearly 54,000 units being delivered over the last six months of the year, as compared to just 30,000 over the first half of 2012.

June permitting numbers indicate developers continue to believe the fundamentals for the apartment market will remain strong. According to Axiometrics’ June Permitting Report, annual multifamily permits increased by 21.7 percent at the national level as compared to June 2011. In addition, the June multifamily permit number of 220,787 marked eight consecutive months of annual permitting above 200,000. These units should turn to completions by mid-to-late 2013. The top ten MSAs for MF permitting for the trailing twelve months ending June 2012 are: Dallas (10,939), New York (10,380), Houston (9,624), Los Angeles (7,990), Austin (7,694), Washington, DC (7,348), Seattle (5,836), Denver (4,919), Atlanta (4,054), and San Jose (3,923). The bulk of the supply is being delivered into the urban core of these markets.