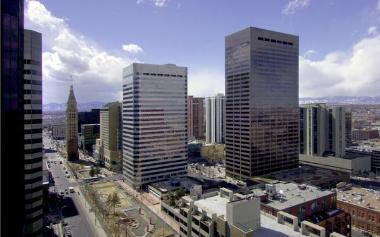 DENVER, CO - Archstone, a leader in apartment investment and operations, today announced that it has promoted Charles E. Mueller Jr. to president and chief operating officer and appointed R. Webster Neighbor as its chief financial officer.

“During the last several years, Chaz has done an excellent job assuming responsibility for the operational component of our company and increasing his responsibilities on the investment side, while still retaining oversight of our complicated finances and balance sheet,” said R. Scot Sellers, Archstone’s chief executive officer. “He oversees an enormous portion of our business, and I am very pleased and proud that we are naming him president and chief operating officer of Archstone.”

Since 2005, Mr. Neighbor has served in various roles in investment banking, fixed income and principal investment at Lehman Brothers Holdings Inc., most recently as senior vice president. During his time with Lehman Brothers, Mr. Neighbor completed more than $30 billion of public and private real estate transactions. In addition, he was responsible for managing Lehman's investments in Archstone after the company’s privatization in 2007.

“Web is a wonderful cultural fit for us, possessing a rare combination of humility and incredible financial acumen, and already knows our company extremely well,” Mr. Mueller said. “He is extraordinarily well-respected by our owners, investors, partners and associates, and will do an exceptional job in all aspects of capital raising, balance sheet management and all of the CFO responsibilities.”