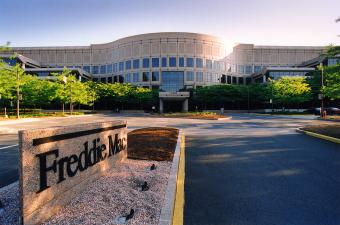 1-year Treasury-indexed ARM averaged 2.68 percent this week with an average 0.5 point, down from last week when it averaged 2.74 percent. At this time last year, the 1-year ARM averaged 3.01 percent.

Average commitment rates should be reported along with average fees and points to reflect the total upfront cost of obtaining the mortgage. Visit the following links for Regional and National Mortgage Rate Details and Definitions. Borrowers may still pay closing costs which are not included in the survey.

Frank Nothaft, vice president and chief economist, Freddie Mac stated, "recent economic data releases of less consumer spending and a contraction in the manufacturing industry drove long-term Treasury bond yields lower over the week and allowed fixed mortgage rates to hit new all-time record lows. Growth in personal expenditures was revised downward to an annualized rate of 2.5 percent in the final GDP estimates for the first quarter of the year. In addition, monthly consumer spending in April was revised from a 0.3 percent gain to 0.1 percent and was unchanged in May. Finally, the Institute for Supply Management reported that manufacturing shrank in June, the first decline since July 2009."

Freddie Mac was established by Congress in 1970 to provide liquidity, stability and affordability to the nation's residential mortgage markets. Freddie Mac supports communities across the nation by providing mortgage capital to lenders. Today Freddie Mac is making home possible for one in four homebuyers and is one of the largest sources of financing for multifamily housing.