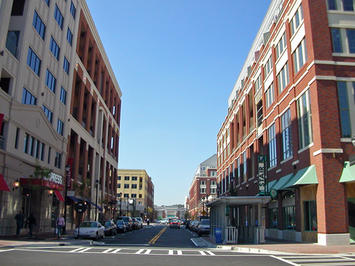 CARROLLTON, TX - Effective rents for new leases in U.S. apartments climbed 1.2 percent during the second quarter and 4 percent between mid-2011 and mid-2012, according to MPF Research, an industry-leading market intelligence division of RealPage, Inc. (NASDAQ: RP). The annual rent growth pace has slowed modestly during the past few months, after the rate of increase reached 4.8 percent at the end of last year. MPF Research analysts highlight the nation's latest apartment rent growth statistics as well as other key performance indicators in a discussion at www.realpage.com/MPFQ2Report.

"While rent growth remains well above the long-term norm, there's no question that pricing momentum now isn't quite where it was a few months ago," said Greg Willett, MPF Research vice president. "For many owners and operators, the soft patch seen in job production has raised concerns that apartment demand could prove sluggish during the last half of the year. At the same time, initial leasing will begin during the next few months on quite a few new properties that are on the way. Thus, the typical operational strategy calls for filling product now, even if it means holding back a bit on the rent increases that were targeted earlier."

Average occupancy in U.S. apartments reached 95.2 percent in the second quarter, up from 94.9 percent in the first quarter and 94.4 percent in mid-2011. When occupancy bottomed during the recession, the late 2009 rate was 92 percent.

Apartment demand registered at 51,400 units across the country's 100 largest metros during the second quarter, according to the MPF Research data. That product absorption figure well surpassed completions held to 19,000 units. From mid-2011 to mid-2012, demand for 169,500 units more than doubled deliveries totaling 68,100 units.

"While demand has cooled somewhat from the especially strong levels seen in 2010 and 2011, the current pace of leasing activity is still healthy," Willett said. "Young adults, who tend to be renters, are accounting for a disproportionately large share of job additions, helping spur new household formation. Middle-market properties are capturing most of the new demand for apartments at this point in the cycle across many metros, partly reflecting that top-tier product already has been essentially full for a while."

Among individual metros, San Francisco and San Jose have been trading back and forth the lead in apartment rent growth during the past year and a half. As of the second quarter, San Francisco was on top with effective rents up 12.6 percent. San Jose's prices climbed 10.3 percent between mid-2011 and mid-2012.

Charlotte is a metro that has been charging up the list of the country's rent growth leaders during the past few quarters. The 6.8 percent annual increase in prices seen as of the second quarter was the nation's third-biggest jump. Rents climbed 6 to 6.3 percent between mid-2011 and mid-2012 in Oakland, Boston, Austin, and New York.

Completing the list of the country's top 10 metros for annual rent growth as of mid-2012 were Denver-Boulder at 5.7 percent, Raleigh-Durham at 5.4 percent, and Hartford, Conn., at 5 percent.

Columbus, Ohio, Nashville, and Dallas all just missed the cut for top 10 annual rent growth performances, as each area registered increases of 4.8 to 4.9 percent.

Apartment developers continue to scramble to get more product coming out of the ground. The number of apartments physically under construction at the end of the second quarter climbed to roughly 162,000 units across the nation's 100 largest metros.

"Development activity is accelerating and will climb quite a bit further," Willett said. "Still, it's important to realize that we're only returning to a fairly normal construction volume, after starts during the recession fell to record lows for the modern era. Many locales today are starved for additional inventory."

If there is any overbuilding just ahead, it's likely to be on a spot basis, according to the MPF Research analysis. "While some of the biggest increases in construction are seen in the Texas markets, those areas also are the country's job growth leaders," Willett said. "Thus, the stocks on the way in the Lone Star State do look absorbable." The places to watch for too many short-term product additions are locales where construction is at or above its long-term norm at the same time that job growth remains somewhat sluggish. The metro Washington, DC area is the key example.