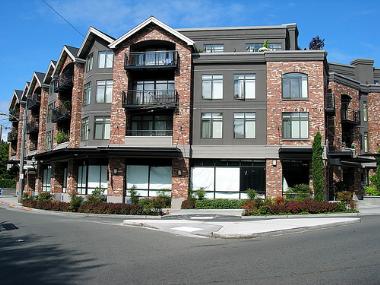 "We are very excited to be buying in Seattle again," said Dufenhorst. "This market's dynamic economy, demographics and supply constraints make investing in the region compelling."

Security Properties plans to invest approximately $430,000 for improvements to both the interior and exterior of the property.

"We're going to improve the finishes and bring our managerial and operating knowledge to enhance operating performance," Dufenhorst said.

According to Dufenhorst, the investment has two important things going for it: a 10-year mortgage locked in at an historically low rate, and a highly visible location on the very north end of the Capitol Hill retail corridor with excellent transit connections and walkability.

"As the most densely populated neighborhood in Seattle, we expect Capitol Hill will be one of Seattle's premier neighborhoods over the next decade and our property will definitely be a focal point given its highly visible location," Dufenhorst said.

The seller of 700 Broadway was a group of local investors that had owned and managed the property since they developed it in 2005. The property was sold to Security Properties in an off-market transaction.

700 Broadway's occupancy rate is high, with an average per-square-foot rent of $1.87. In addition to the planned physical improvements to the location, Security Properties expects to improve operating performance through focused management and the implementation of institutional management practices by its property management affiliate Madrona Ridge Residential. Security Properties acquired the property in a joint venture with an institutional partner. The Security Properties share of the equity was provided by SP Multifamily Fund which has secured capital commitments from company officers and high-net worth individuals.

The company was drawn to 700 Broadway because of the quality construction and its location, which boasts some of the highest rents and lowest vacancy in Seattle. The property is also prominently located at the north end of Broadway, five blocks from the future Capitol Hill Light Rail which, when complete in 2016, will provide light rail access to and from the airport, as well as downtown Seattle and the University of Washington. The property's retail space is especially desirable, given the visibility down the pedestrian-friendly Broadway corridor.

Kyle Hunt of Hendricks and Partners represented the sellers in the transaction.

Security Properties is a national real estate investment and operating company headquartered in Seattle, Washington with a 41-year history in both affordable and conventional multifamily rental housing. The company's broad range of capabilities includes acquisitions, development, financing, asset and property management, dispositions and advisory services. As one of the largest owners of multifamily real estate in the country, Security Properties has acquired or developed nearly 64,000 conventional and affordable housing units spanning over 440 properties in more than 40 states.