Home Prices Rise in April According to Report 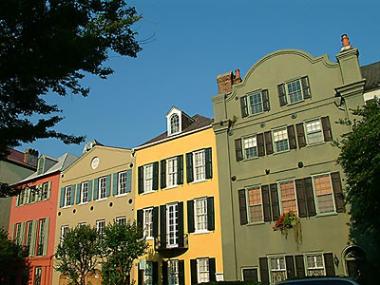 NEW YORK, NY - Data through April 2012, released by S&P Indices for its S&P/Case-Shiller  Home Price Indices, the leading measure of U.S. home prices, showed that on average home prices increased 1.3% in the month of April for both the 10- and 20-City Composites. This comes after seven consecutive months of falling home prices as measured by both indices.

April's data indicate that on an annual basis home prices fell by 2.2% for the 10-City Composite and by 1.9% for the 20-City Composites, versus April 2011. While still negative, this is an improvement over the annual rates of -2.9% and -2.6% recorded for the month of March 2012. Both Composites and 18 of the 20 MSAs saw increases in annual returns in April compared to those published for March; only Detroit and New York fared worse in April, posting annual returns of +1.2% and -3.8% respectively, falling below their March returns of +3.9% and -3.0%. For the seventh consecutive month, Atlanta posted the only double-digit negative annual return at -17.0%, its 22nd consecutive month of negative annual returns. Ten of the 20 MSAs saw positive annual returns – Boston, Charlotte, Dallas, Denver, Detroit, Miami, Minneapolis, Phoenix, Tampa and Washington D.C. No cities posted new lows in April 2012.

"With April 2012 data, we finally saw some rising home prices," says David M. Blitzer, Chairman of the Index Committee at S&P Indices. "On a monthly basis, 19 of the 20 MSAs and both Composites rose in April over March. Detroit was the only city that saw prices fall, down 3.6%. In addition, 18 of the 20 MSAs and both Composites saw better annual rates of return. It has been a long time since we enjoyed such broad- based gains. While one month does not make a trend, particularly during seasonally strong buying months, the combination of rising positive monthly index levels and improving annual returns is a good sign. The 10-City and 20-City Composites each rose by 1.3% for the month and posted annual rates of return of -2.2% and -1.9% compared to April 2011, better than the -2.9% and -2.6% annual rates seen in March 2012.

"We were hoping to see some improvement in April. First, changes in home prices are very seasonal, with the spring and early summer being the most active buying months. Second, while not as strong and we believe less reliable, the seasonally adjusted data were also largely positive, a possible sign that the increase in prices may be due to more than just the expected surge in spring sales. Additionally, the last few months have seen increased sales and housing starts amidst a lot of talk of better housing markets, so some price gains were anticipated.

"Detroit and New York stand out this month as the only two MSAs that saw their annual rates of return deteriorate compared to March. While Detroit posted a positive annual rate of 1.2%, it was still well below March's +3.9%; New York was -3.8% in April down from -3.0% in March. Detroit was also the only city to show a monthly decline, down 3.6%. All other MSAs improved versus March.

"Atlanta and Phoenix, two markets we have followed closely in 2012 for their contrasting trends, have continued along their opposite paths. Atlanta continues to be the only city with double-digit negative annual returns, -17.0%, whereas Phoenix fared the best in terms of annual returns at +8.6% in April."

As of April 2012, average home prices across the United States are back to the levels where they were in early 2003 for the 20-City Composite and to mid-2003 levels for the 10-City Composite. Measured from their June/July 2006 peaks through April 2012, the decline for both Composites is approximately 34%. Both Composites recently reached their index level lows in the current housing cycle in March 2012, down approximately 35% from their peaks.

In April 2012, 19 of the 20 MSAs and both Composites posted positive monthly returns. Detroit was the only exception recording a monthly decline of 3.6%. Atlanta was the only city to post a double-digit negative annual rate of return; however it saw improvements in both monthly and annual rates versus what was published for March. Phoenix continues to lead those cities with improving trends, posting a 2.5% monthly increase in April, as well as the highest annual rate of return amongst all 20 cities at +8.6%. Atlanta, Cleveland, Detroit and Las Vegas continue to have average home prices below their January 2000 levels.

Since its launch in early 2006, the S&P/Case-Shiller Home Price Indices have published, and the markets have followed and reported on, the non-seasonally adjusted data set used in the headline indices. For analytical purposes, S&P Indices publishes a seasonally adjusted data set covered in the headline indices, as well as for the 17 of 20 markets with tiered price indices and the five condo markets that are tracked.