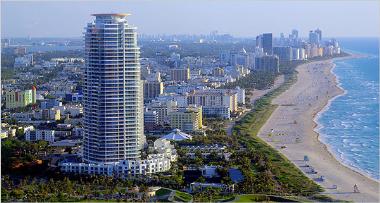 ORLANDO, FL - Pending sales, closed sales and median prices rose, while the inventory of homes and condos for sale dropped in Florida's housing market in May, according to the latest housing data released by Florida Realtors®.

"The recovery in Florida's housing market and economy continues to grow stronger and stronger," said 2012 Florida Realtors President Summer Greene, regional manager of Better Homes and Gardens Real Estate Florida 1st in Fort Lauderdale. "Realtors across the state are reporting increased activity – in May, statewide pending sales were up 43.1 percent for existing single-family homes and up 33.4 percent for townhome-condo properties. In some areas, a shortage of for-sale inventory is resulting in multiple bids from buyers and rising price conditions.

"Now, more than ever, successful buyers and sellers are realizing the value of working with a Realtor who knows their local markets."

Pending sales refer to contracts that are signed but not yet completed or closed; closed sales typically occur 30 to 90 days after sales contracts are written.

The statewide median sales price for single-family existing homes in May was $147,000, up 8.9 percent from the year-ago figure, according to data from Florida Realtors Industry Data and Analysis department and vendor partner 10K Research and Marketing. The statewide median for townhome-condo properties was $112,000, up 14.3 percent over May 2011.

Statewide sales of existing single-family homes totaled 18,723 in May, up 7.2 percent, compared to the year-ago figure. Looking at Florida's year-to-year comparison for sales of townhomes/condos, a total of 9,995 units sold statewide last month, up 5.4 percent from those sold in May 2011. NAR reported the national median existing condo price in May 2012 was $180,000.

Last month, the inventory for both single-family homes and for townhome-condo properties stood at a 5.5-month supply, according to Florida Realtors.

"Some very positive trends have been developing in the Florida market, and the May numbers indicate those trends are continuing," said Florida Realtors Chief Economist Dr. John Tuccillo. "Closed sales, pending sales and prices – both average and median – are strongly above where they were a year ago. In fact, average prices have increased in 11 of the past 12 months.

"In addition, home sellers are receiving a higher percentage of their asking price, a trend we've seen for nine months. Perhaps the most striking characteristic of this market has been the dramatic drop in inventories. Now, Florida is in what is generally considered a balanced market – that is, one that favors neither buyers nor sellers."

The interest rate for a 30-year fixed-rate mortgage averaged 3.80 percent in May 2012, down from the 4.64 percent average during the same month a year earlier, according to Freddie Mac.