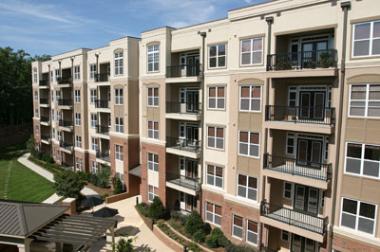 CLEVELAND, OH - Associated Estates Realty Corporation announced that it has acquired The Apartments at the Arboretum, located in Cary, NC, a suburb of Raleigh.The 205-unit property was built in 2009 and is located minutes from the Research Triangle Park.The average monthly rent per unit is approximately $1,200, and the property is currently 92 percent occupied. The average unit size is 1,073 square feet and was originally developed as a condominium, with high-end finishes, structured parking and first class amenities.

The property is located within a premier mixed-use development known as Arboretum at Weston and is directly across the street from the world headquarters of SAS, Cary's largest employer.

Associated Estates also announced that it has waived due diligence on The Park at Crossroads, a 344-unit property built in 2006, also in Cary. This property was not listed for sale. The average monthly rent per unit is approximately $850, and the property is currently 95 percent occupied. The average unit size is 1,021 square feet. The Park at Crossroads is located less than two miles from I-40 and the I-440 beltline, and is within three miles of the Regency Park and Crescent Commons office parks, containing over 1.9 million square feet of office space. The acquisition of this property is subject to the assumption of an approximately $25 million loan. The loan has an interest rate of 6.325% and matures in November, 2016. Closing is expected to occur during the third quarter.

"We have had our eyes on Raleigh-Durham for some time and these acquisitions fit well with our plan to expand into high growth submarkets," said John Shannon, Senior Vice President of Operations. "We expect strong apartment fundamentals to continue for a number of years. Our scalable operating platform in this region will facilitate additional growth in the Raleigh-Durham market," Shannon continued.

Associated Estates is a real estate investment trust ("REIT") and is a member of the Russell 2000 and the MSCI US REIT Indices. The Company is headquartered in Richmond Heights, Ohio. Associated Estates' portfolio consists of 54 properties containing 13,835 units located in ten states.