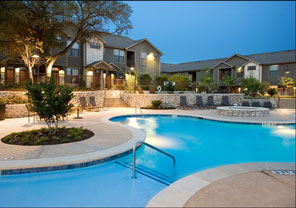 The Austin property fits with MIG's strategic initiative to increase its presence in Texas, which has dominated Forbes' list of America's fastest-growing cities for two years in a row. With Austin listed as No. 1 and Dallas-Fort Worth, Houston and San Antonio among Forbes' top 10, MIG intends to commit a significant portion of the $600 million slated for investment in 2012 to major markets in the state.

The acquisition follows MIG's entry into Texas in May with the purchase of Wynhaven at Willowbrook, a 372-unit multifamily residential community in Houston.

"We continue to identify areas of major growth for investment, and Texas seems to be home to several of the markets experiencing the greatest economic growth," said Greg Merage, CEO of MIG Real Estate.

The property in Austin is located at 8515 IH-35 South, an area where rental rates are expected to increase by approximately 8 percent within the next year. It consists of 330 rentable units that average 907 square feet. The property is 94 percent occupied and minutes from Austin's Central Business District, the State Capitol, the University of Texas and Bergstrom International Airport.

"The significant job growth and diminishing vacancy in the Austin market, as well as demand for quality rental housing in the southern submarkets, made the acquisition of The Cottages a perfect fit for us," Merage said.

MIG Real Estate has continued to expand its portfolio into opportunistic markets since 2009 by focusing on well-located properties in high growth markets with "value-add" components. The Company has completed more than $500 million in acquisitions since 2009 and plans to invest up to $600 million in 2012 through direct acquisitions of office, retail, hotel and multi-family properties in major markets throughout the western states and the Sunbelt.