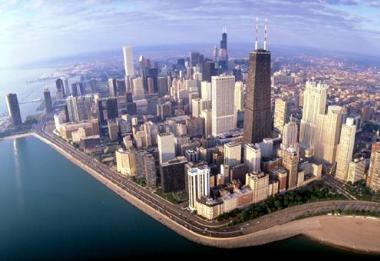 "At a time when low-income families are struggling more than ever to make ends meet, there has been a drastic reduction in the development of affordable housing," said HIT Executive Vice President and Chief Investment Officer Stephanie H. Wiggins. "By providing financing for older projects like the Hazel Winthrop Apartments and Bronzeville Senior Apartments, the HIT is utilizing union pension capital to help preserve and upgrade much-needed affordable units that might otherwise be lost."

In Chicago's Uptown community on the North Side, HIT financing will support much-needed improvements at the Hazel Winthrop Apartments, a four-building, scattered-site, affordable housing development built a century ago. Besides supplying capital for renovation work, the HIT's $2.3 million investment will provide refinancing to keep the units affordable for current residents, who earn no more than 60% of the area median income. The property's 30 units participate in a project-based Section 8 rental assistance program administered by the Chicago Housing Authority.

In the city's South Lakefront area, the HIT is financing the $8.8 million rehabilitation of the Bronzeville Senior Apartments, a source of affordable housing for Bronzeville community residents for over 25 years. All of the units in the 11-story high-rise receive project-based Section 8 rental assistance. The HIT is providing $8.7 million in financing through the purchase of tax-exempt bonds and notes issued by the City of Chicago. Bronzeville Senior Apartments are part of the Paul G. Stewart campus, an affordable housing development built in phases between 1975 and 1996. The HIT made earlier investments totaling $6.2 million for rehabilitation work on two other phases of this development.

The scope of work for the projects includes exterior and interior repairs and upgrades as well as a number of improvements to reduce the buildings' environmental impact, including greater insulation, storm water management, energy-saving appliances, and more efficient energy systems. These energy-conserving retrofits make Bronzeville Senior Apartments and Hazel Winthrop Apartments two of the latest projects financed by the HIT under its Green Jobs Initiative. The energy retrofits financed under this initiative support the AFL-CIO's broader commitment to create construction jobs while conserving energy and reducing buildings' operating costs.

All work on the two properties will be performed under collective bargaining agreements with local building and construction trades unions.

"These HIT-financed projects are not only creating good jobs for our members but represent the positive impact unions and their pension capital have on the community," said Tom Villanova, President of the Chicago and Cook County Building and Construction Trades Council.

Bronzeville Senior Apartments and Hazel Winthrop Apartments are the latest of six Chicago projects that the HIT has helped finance under its Construction Jobs Initiative, creating over 1,400 union construction jobs in the city to help keep union members working at a time of high unemployment in the construction industry. Those projects represent HIT investments of $56.1 million, which have leveraged $265.9 million of development activity in Chicago in the last three years.

The AFL-CIO Housing Investment Trust (HIT) is a fixed-income investment company registered with the Securities and Exchange Commission. It manages $4.4 billion in assets for more than 350 investors, which include union and public employee pension plans. The HIT invests primarily in government and agency insured and guaranteed multifamily mortgage-backed securities. The HIT is one of the earliest and most successful practitioners of socially responsible, economically targeted investing, with a 45-year track record that demonstrates the added value derived from union-friendly investments. The investment objective of the HIT is to provide competitive returns for its investors and to promote the collateral objectives of constructing affordable housing and generating employment for union members in the construction trades and related industries. Since its inception, the HIT has invested over $6.3 billion to finance more than 102,500 units of housing nationwide, generating over 70,000 union jobs.