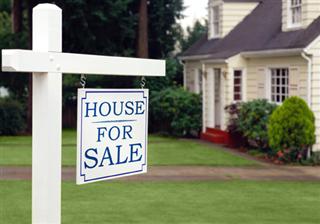 WASHINGTON, DC - Sales of newly built, single-family homes rose 3.3 percent in April to a seasonally adjusted annual rate of 343,000 units, according to newly released data from HUD and the U.S. Census Bureau.

“The increase in April sales activity is in line with other important housing measures that have shown continued, gradual improvement from the first quarter as more consumers look to take advantage of today’s low interest rates and affordable home prices,” noted National Association of Home Builders (NAHB) Chairman Barry Rutenberg, a home builder from Gainesville, Fla. “In markets where demand is rising, we could be seeing a faster pace of recovery if not for persistently tight lending conditions that are slowing both the building and buying of new homes.”

“Today’s report is representative of the kind of modest but consistent gains that we expect to see in new-home sales through the remainder of 2012,” said NAHB Chief Economist David Crowe. “As indicated by our most recent builder surveys, more consumers are taking advantage of historically low mortgage rates amidst firming economic and job market conditions in certain areas.”

Meanwhile, the inventory of new homes for sale held virtually unchanged at just 146,000 units in April, which is a historically slim 5.1-month supply at the current sales pace.