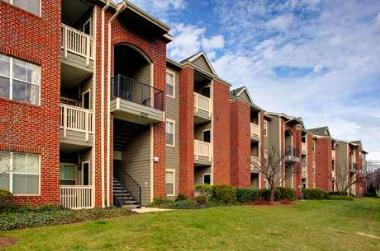 ROCHESTER, NY - Home Properties, Inc. announced that it recently purchased two apartment communities for a total of $112.2 million. On May 11, 2012, it purchased Hunter's Crossing in Leesburg, Virginia, renamed The Manor East, for $16.2 million. On May 17, 2012, it purchased Woodway at Trinity Centre in Centreville, Virginia for $96.0 million. The Company also announced that it has begun marketing 10 properties for sale in the Baltimore, Washington, D.C., Philadelphia and Long Island regions.

"In addition to completing our first acquisitions of 2012, we also have begun marketing properties for sale in several of our regions," said Edward J. Pettinella, Home Properties President and CEO. "We believe it is prudent to harvest the value in properties we have owned and managed profitably for many years and redeploy the proceeds to buy properties with greater future potential. Both acquisitions and dispositions are occurring within our existing geographic footprint, which is very viable for the long term. We currently don't anticipate a substantial change in the proportion of units we own in various regions."

The Manor East (164 units) was purchased for $16.2 million (before mortgage assumption fair market value adjustment), which equates to approximately $99,000 per apartment unit. Consideration for the purchase included the assumption of a fixed-rate note with an aggregate principal balance of $6.7 million at the contractual interest rate of 5.69% maturing April 1, 2016, with the balance paid in cash. At closing, the property was 98.0% occupied at monthly rents averaging $1,050. The property is adjacent to The Manor, a 198-unit apartment community owned by Home Properties since 1999. The two properties are separated only by a chain link fence, which will be removed. They are located 15 minutes from the Reston-Herndon corridor with more than 26 million square feet of office space and a variety of technology-oriented businesses. The Manor East has excellent access to the Dulles toll road and highway system, shopping, employment centers and recreational opportunities. Historic Leesburg is two miles away.

Completed in 1964, The Manor East consists of 164 units in fifteen three-story brick garden-style apartment buildings with pitched roofs. There are 75 one-bedroom units and 89 two-bedroom units. The average unit size is 822 square feet. The property has individual gas-fired HVAC and central hot water systems. Common area amenities include a pool and fitness center.

During the first three years of ownership, the Company expects to spend a total of approximately $2.8 million, in addition to normal capital expenditures, to upgrade individual units and reposition the C-class property, which is in an "A" geographic location. The Company plans to correct deferred maintenance, enhance curb appeal and upgrade kitchens and bathrooms to completely reposition the property, extend its useful life and reduce operating expenses.

Management anticipates a 7.0% first year capitalization rate after allocating 2.7% of rental revenues for management and overhead expenses and before normalized capital expenditures.

Woodway at Trinity Centre (504) units was purchased for $96 million in cash, which equates to approximately $190,000 per unit. At closing, the property was 97.2% occupied at monthly rents averaging $1,377. The property is near Interstate 66 and Route 28 with easy access to the rapidly growing employment centers along I-66 as well as Dulles Airport and the Route 28 South office market. Home Properties owns several other apartment communities in the area.

Completed in 1997, Woodway at Trinity Centre consists of 504 units in 18 three-story wood- frame buildings with concrete slab and poured foundations and pitched roofs. The exteriors incorporate open breezeways with steel stairways and concrete treads. There are 252 one-bedroom units and 252 two-bedroom units. The average unit size is 908 square feet. Each unit has an electric heat pump and pad-mounted condensing unit, as well as an electric water heater. All units contain full-size washers and dryers. Common area amenities include a large community center with a fitness center, business center and pool, two tot lots and a car wash area.

During the first three years of ownership, the Company expects to spend approximately $3.9 million, in addition to normal capital expenditures, to upgrade and renovate units upon turnover. The Company plans to replace kitchen cabinets and appliances while adding modern finishes.

Management anticipates a 5.7% first year capitalization rate after allocating 2.7% of rental revenues for management and overhead expenses and before normalized capital expenditures.

Combined acquisition costs of approximately $530,000 for the two properties will be included in other expense in the 2011 second quarter.

The Company said it will market for sale 10 properties across its portfolio, with an estimated value in excess of $300 million. One property is on Long Island and several properties are for sale in the Baltimore, Washington, D. C. and Philadelphia regions. While all these properties ultimately may not be sold, the Company said that with capitalization rates at near-historic lows it expects to achieve good value on sales, the proceeds of which will be reinvested in properties it anticipates will have greater future profitability.