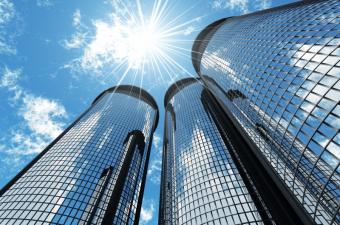 "The commercial market has displayed modest growth lately," said Yun. "Commercial real estate is the basis for much of the growth in the American economy, however challenges continue to exist. Despite this there are hopeful signs that the market might be slowly recovering due to recent job creation and an increase in consumer spending, among other indicators."

Yun provided an economic overview during which he identified a number of areas that showed signs of improvement. Consumer spending has increased slightly, while personal incomes have risen. People also are now able to save money, proving that the savings rate had rebounded. Jobs are also accelerating and the stock market has shown a strong recovery.

"Consumer confidence has yet to return to normal and America still needs to create more jobs," said Yun. "However, there are signs that show a positive overall financial improvement within the country."

One major challenge that continues to plague the commercial market is lack of available credit. While there are notable improvements in capital for large commercial transactions, valued at $2.5 million or higher, there remain significant challenges for small business. According to NAR's annual Commercial Real Estate 2012 Lending Survey, a majority of Realtors(R) are typically involved in less than $2 million transactions and are usually all cash -- both of which make it difficult to obtain commercial lending. Yun pointed out that this is holding back the recovery potential in the commercial market, as well as hinder overall economic recovery.

"Since the economic crisis, smaller lenders have been shut out while larger lenders do a majority of the business," said Yun. "Realtors have reported that they typically obtain commercial mortgages from smaller banks. They find it frustrating that the larger banks are gaining market share at the expense of smaller sized lenders, which is hampering lending to small businesses."

All major commercial real estate sectors are seeing improvement, but multifamily housing continues to be the healthiest with falling vacancy rates and rising rents. Families who were foreclosed upon and young people who cannot obtain a mortgage are choosing to rent, and Yun predicts this trend will continue. Based on the demand and lack of new construction on apartment buildings Yun estimates rents will increase by about four percent next year.

In the office and industrial sectors vacancy rates are improving and prices are beginning to level off. Transaction volume in the industrial sector is also beginning to pick up. Retail is showing signs of a slight recovery, which Yun predicts will be a consistent trend. Yun said overall, the commercial market is experiencing a slow healing process.

Jeffrey DeBoer, president and CEO of The Real Estate Roundtable, joined Yun for the second half of the session where he spoke to the concerns and challenges that hinder the commercial market. DeBoer reiterated the need for more credit in the market, calling it a short-term problem that needs to be addressed immediately to bring the market back to life. Other issues DeBoer identified as critical to the market were the need for more equity and creation of more jobs. Looking long-term, DeBoer also said America needs to take a closer look at tax reform and preserve the mortgage interest deduction.

"We have to be vigilant, and talking to Congress -- as Realtors are doing today -- is imperative," said DeBoer. "It's important that lawmakers understand what is going on in the commercial market and the challenges that persist. A healthy commercial market is vital to the economy and well-being of this country."