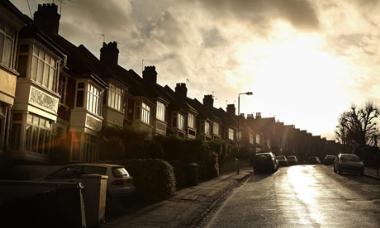 NEW YORK, NY - Home valuations will start to climb again while adjacent consumer industries will capture significant new growth opportunities in 2012 and beyond as the U.S. housing market finally turns the corner, concludes a major new study released today by The Demand Institute. The recovery of the housing market will have far-reaching impacts  in the coming years across the United States and international markets as U.S. consumers increase their spending on buying, renovating, furnishing and maintaining their homes.

Launched in February 2012 and jointly operated by The Conference Board and Nielsen, The Demand Institute is a non-profit, non-advocacy organization with a mission to illuminate where consumer demand is headed around the world.

The new report, The Shifting Nature of U.S. Housing Demand, predicts that average home prices will increase by up to 1 percent in the second half of 2012.  By 2014, home prices will increase by as much as 2.5 percent. From 2015 to 2017, the study projects annual increases between 3 and 4 percent. This recovery will not be uniform across the country, and the strongest markets could capture average gains of 5 percent or more in the coming years.

"In these initial years, the prime driver of recovery won't be new home construction, but rather demand for rental properties," said Louise Keely, Chief Research Officer at The Demand Institute and a co-author of the report. "This is a remarkable change from previous recoveries. It is a measure of just how severe the Great Recession has been that such a wide swath of Americans had to delay, scale back, or put off entirely their dreams of home ownership."

"In the long-term, we don't expect home ownership rates to change," said Bart van Ark, Chief Economist at The Conference Board and co-author of the report. "Over 80 percent of Americans in recent surveys still agree that buying a home is the best long-term investment they can make. What will be intriguing to watch is how their aspirations around home ownership are affected by this period of extended austerity."

Between 2006 and 2011, some $7 trillion in American wealth was wiped out when home prices dropped 30 percent after dramatic climb in valuations during the housing bubble. Looking forward, the moderate growth expectations for coming years suggest a return to normalcy. As home prices continue to drop and interest rates fall further, first-time buyers and others who remained relatively cautious will be drawn back into the housing market. And, as the market recovers, so too will consumer spending.

"As the U.S. housing market strengthens, almost every consumer-facing industry will be impacted in the coming years," said Mark Leiter, Chairman of The Demand Institute. "Business and government leaders will benefit by fully understanding the nature of this recovery. In doing so they will be better able to anticipate how consumer demand will evolve, and to formulate critical business and policy decisions to lead their organizations."

KEY FINDINGS IN THE REPORT

In addition to the projected gains in home prices, the report discusses in detail the dynamics at work in the U.S. Housing market and the impacts across industries.  What follows are highlights from the report:

The new report, The Shifting Nature of U.S. Housing Demand, can be downloaded at The Demand Institute's website: www.demandinstitute.org.

The Demand Institute illuminates how consumer demand is evolving around the world.  We are on a mission to strengthen the growth and vitality of the global economy by helping public- and private-sector leaders align strategies and investments to where consumer demand is headed across industries, countries and markets. The Demand Institute is a non-advocacy, non-profit organization and a division of The Conference Board, which holds 501(c)(3) tax-exempt status in the United States.  The Demand Institute is jointly operated by The Conference Board and Nielsen. Our headquarters is in New York City, with a presence in Beijing, Brussels, Chicago, Hong Kong, Mumbai, Singapore and Washington, D.C.