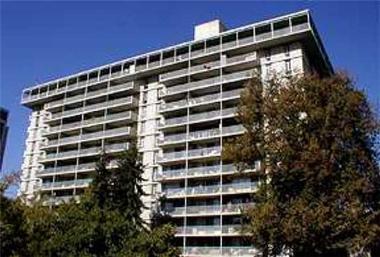 BEVERLY HILLS, CA - International real estate investment and services firm Kennedy Wilson announced the acquisition of Capitol Towers, a 409-unit apartment community in Sacramento, CA. The company and its partners purchased the property for $64 million, with $50 million in financing from HFF/Freddie Mac at 3.51%, fixed for seven years. Kennedy Wilson will invest 50% of the equity in the deal. The acquisition increases the company’s multifamily portfolio to ownership interests in 13,876 units, including deals currently under contract.

“The Capitol Towers acquisition is an exciting play on the Sacramento CBD market,” said Robert Hart, president of KW Multifamily Management Group. “The community is just a few short blocks from the Capitol Mall, the State Capitol and the light rail station, exemplifying Kennedy Wilson’s pursuit of higher density infill projects near a major transportation hub and job center that supports 100,000 office and government workers.”

According to Meyers Research, market rents for Sacramento MSA increased 2.2% in 2011 and continued to improve by 1.0% in the first quarter of 2012. Additionally, REIS predicts a four-year cumulative rent growth of 32% for the MSA.

Capitol Towers encompasses a four block area with 203 units in one 15-story tower and 206 villa units surrounding the tower. The villa portion is zoned for up to 1,290 units and the tower features six ground-floor retail units, providing residents with amenities that include groceries, dry cleaning and other conveniences. Additionally, a light rail stop is located adjacent to the property. Kennedy Wilson plans to renovate the existing units with new kitchen cabinetry as well as other treatments and further enhance the project’s fitness center, leasing office and retail amenities.

Kennedy Wilson, together with its institutional partners, has acquired approximately $5.5 billion of real estate and real estate secured debt through joint venture and consolidated investments since the beginning of 2010, including deals under contract. The estimated value of the real estate assets under the company’s management is $11.8 billion.