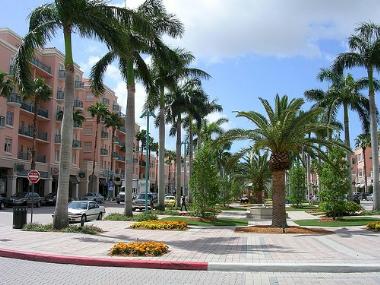 BOCA RATON, FL - Archstone, a leader in apartment investment and operations, announced today that it has acquired a 5.78-acre development site near the prestigious Mizner Park development in Boca Raton, Florida. Archstone plans to build a 378-unit apartment community with 13,448 square feet of retail space on the parcel located along East Palmetto Park Road at the SE 3rd Avenue intersection just blocks from the beach. Construction is expected to begin in the first quarter of 2013.

“The Palmetto Park development in Boca Raton will be an excellent addition to our outstanding portfolio of apartment communities in premier locations in the country,” said Neil Brown, Archstone’s chief development officer. “Near the Mizner Park development, the site embodies the three characteristics that are prevalent at many of our communities and make our portfolio among the most prestigious in the industry. The site is in a market with very limited land on which to build, in a highly desirable neighborhood with very expensive single family homes, and in a city with a strong, diversified economy.”

Mizner Park, which is within walking distance of Archstone’s development site, is an upscale, mixed-use lifestyle center in downtown Boca Raton that features an array of high-end shopping, dining and entertainment opportunities.

Among the restaurants and retailers in the area are Ruth’s Chris Steak House, Truluck’s, Jaeger-LeCoultre, Banana Republic and Martier. For culture and entertainment, residents can visit the Mizner Park Amphitheater and the Centre for the Arts at Mizner Park or take a short walk to the beach at South Beach Park.

“This development site is in the heart of an amazing neighborhood in one of the most prestigious cities in Florida – Boca Raton,” said Jay Curran, Archstone’s vice president of development for Florida. “Because we believe in adding value to the neighborhoods, residents and partners we serve, the apartment community’s amenities and features will reflect the upscale ambiance of the area and should exceed the expectations of the working professionals who will live there.”

Among the amenities and features planned for the Boca Raton apartments are expansive views of the Boca Raton Resort & Club Golf Course, ocean views, a resort-style pool, a luxurious outdoor courtyard, a fitness center and a well-appointed clubroom and Internet Café with free WiFi.

Archstone is a recognized leader in apartment investment and operations. The company's portfolio is concentrated in many of the most desirable neighborhoods in and around Washington, D.C., Los Angeles, San Diego, San Francisco, New York, Seattle and Boston. Archstone strives to provide great apartment rentals and great service to its customers -- backed by service guarantees. As of March 31, 2012, the company owned or had an ownership position in 434 communities located in the United States and Europe, representing 73,135 units, including units under construction.