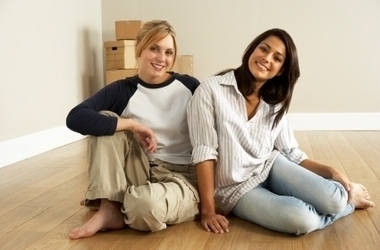 CHICAGO, IL - Apartments.com is looking to crown America's best roommate as well as recognize smaller feats of roommate greatness in its fourth annual Roommate of the Year video contest, just launched at www.roommateoftheyear.com. The lucky roomie who wins the grand prize in this national competition will be living a little easier with a year of free rent plus $10,000 in cash. In addition to the grand prize contest, Apartments.com is launching a brand new Roommate Video Shorts contest, recognizing and rewarding smaller feats of roommate greatness with four weekly prizes of a $250 gift card. All talented and terrific roommates are encouraged to go to www.roommateoftheyear.com to learn how to enter either the grand prize contest and/or the video shorts contest, as well as view past winning videos for inspiration. The deadline for contest entries is noon EDT on May 21, 2012.

Last year, Jesse McLaughlin, who is a resident of Arlington, VA  and a security analyst at the U.S. Patent and Trademark Office, bested video entries that came in from across the country to be crowned Roommate of the Year by Apartments.com. McLaughlin earned the title and the grand prize with his sports parody video entitled Roommating MVP!, which provided a play-by-play breakdown of his superior roommate abilities. His mini-movie, along with the entries created by the 2009 and 2010 winners, can be seen at www.roommateoftheyear.com. McLaughlin recently was able to upgrade his roommate status to happily-ever-after, when he proposed to his girlfriend, who is also his roommate.

"I was able to spring for a ring with the money I saved by winning the grand prize and not having to pay rent this past year," said McLaughlin. "If there had been any question before, now I am definitely Roommate of the Year, at least in my fiancee's eyes!"

Through this annual contest, Apartments.com underscores the importance of finding and being a good roommate. More than 63 percent of renters either currently live with a roommate—friends, spouses, significant others, children or even pets—or plan to move in with one when their current lease expires, according to a recent Apartments.com survey. Couple that with the fact 65 percent of renters reported having lived at their current residence for two years or more, and the case for roommate harmony becomes crystal clear!

"Experts are projecting rents will increase nationwide yet again this year," said Tammy Kotula, Apartments.com spokesperson. "With apartment vacancies at their lowest point in more than a decade, the trend of renters rooming together to share costs, or just to share space, supports the need to take roommate selection seriously. This contest gives people a fun and creative outlet to showcase those roommate qualities they believe to be most important."

For 2012, there are two ways renters can spotlight their roommate-worthiness; through submitting a robust two minute video for a chance at the grand prize, and/or submission of a :30 second video for the Roommate Video Shorts contest.

"The Roommate Video Shorts contest gives even more roomies the opportunity to distinguish themselves from the crowd by shining a spotlight on special talents, spectacular stunts or feats of roommate excellence for the rest the country to see," Kotula continued. "By offering them another way to get involved and a chance to win weekly prizes, we are able to maintain the production quality and creativity levels in the grand prize contest, while opening up the competition to as many great roommates out there who want to become involved."

Entrants are challenged to showcase the specific attributes that qualify them to be Roommate of the Year by featuring their inner roomie in one of the four contest categories. For detailed information on how to enter, including specific video instructions, an official entry form and contest rules, go to www.roommateoftheyear.com. All entries must be received by noon EDT on May 21, 2012.

Renters' entries will be judged with equal weight on (1) originality and creativity, (2) overall "wow" factor, (3) persuasive argument and (4) style and production. Judging will take place in three stages.

How to Become Roommate of the Year and Win Free Rent for One Year Plus $10,000 in Cash
All entries will be narrowed down to a field of up to 15 finalists, selected across all categories by a panel of judges looking for entries that best fit the criteria for Roommate of the Year. Once the finalists are selected, America, along with the Apartments.com panel of qualified judges, will vote for their favorite roomie using the judging criteria to narrow down the competition to five winners. From the five winners, one grand prize winner will be named and receive free rent for one year, plus $10,000 in cash, along with roommate bragging rights. The four runner-up winners will each receive $500.

How to Enter 2012 Apartments.com Roommate Video Shorts Contest
Maybe you can flip a pancake 15 feet in the air, or make a bed in 10 seconds flat. Maybe you're ambidextrous and can dust and vacuum at the same time, or you cook like a five-star chef. Whatever your special skill is that makes you the most remarkable roommate, capture it on video and enter for your chance to win one of four weekly $250 cash prizes. Flip cam, phone cam or shoe cam(!)…anything goes in this year's all-new Roommate Video Shorts contest. Make your video entry as simple or sensational as you want in :30 seconds or less and submit it to www.roommateoftheyear.com. Beginning April 20, 2012, one winner per week will be decided upon and announced by the Apartments.com third party judging panel and will win a $250 gift card.

Roommate Video Short contest entrants who feel there is still more to prove are encouraged to enter the Roommate of the Year Grand Prize contest.