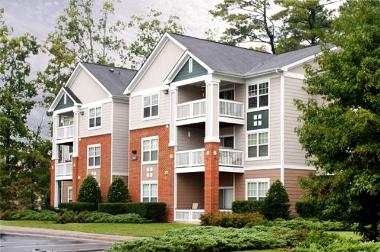 MEMPHIS, TN - MAA announced that it has completed the acquisition of Adalay Bay, a 240-unit apartment community located in Chesapeake, Virginia.

Adalay Bay was developed in 2002 and is located in the very desirable Hampton Roads area of Chesapeake which is part of the Norfolk-Virginia Beach-Newport News metropolitan statistical area. Hampton Roads is home to the commercial Port of Hampton Roads which is serviced by 90% of the world's shipping lines and a strong and growing technology industry. Numerous Fortune 500 companies have a presence in Hampton Roads including Norfolk Southern, 3M, AT&T, Boeing, Federal Express, Anheuser-Busch, Xerox and Lockheed Martin, to name a few. Hampton Roads also boasts a strong tourism industry with attractions including Colonial Williamsburg, the Maritime Center, Busch Gardens and Virginia Beach.

Commenting on the announcement, Al Campbell, EVP and CFO said, "We are excited to be expanding our operations in southeast Virginia. Chesapeake's growth in employment opportunities supports its recognition as having one of the strongest economies in the United States. We believe our operating strength combined with the strong market fundamentals of the area will create attractive new value for our shareholders."

The acquisition was funded by a public offering of 1,955,000 shares of common stock earlier in the year.

MAA is a self-administered, self-managed apartment-only real estate investment trust, which currently owns or has ownership interest in 48,777 apartment units throughout the Sunbelt region of the U.S.