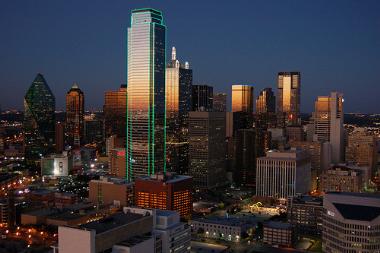 DALLAS, TX - In its latest research, Axiometrics Inc., a provider of data and advisory services on the apartment market, reports that sequential rent growth in February 2012 was the highest it has been since June 2011, with effective rent (rent net of concessions) increasing by 0.66% from January to February. Likewise, the national occupancy rate improved on a sequential basis for the first time since August 2011, increasing from 93.36% in January to 93.57% in February. This was the highest month-to-month gain since April 2011, and the third highest in the last 18 months. The combined effective rent and occupancy growth rates—0.87%—provide a potential monthly revenue growth figure, and exceed every month since May 2011.

Axiometrics also notes that Class A properties—which were the first to expand rents in the current apartment market recovery—are still increasing rents but at a slower pace, especially in some of the “early recovery” markets. In contrast, Class C properties will help increase overall rent growth numbers this year, rather than being a drag as they have been the past few years.

“With improved job growth and new deliveries at a relatively low level, the apartment market appears on track to meet our bullish rent and occupancy forecast for 2012,” said Jay Denton, vice president of research for Axiometrics. “The big question is how long will this strong apartment market performance continue. Our analysis of the pipeline, as well as how much rents have already been pushed in some markets, indicate that growth will remain strong in the next one to two years, but the double-digit increases from last summer will be unsustainable long-term.”

Axiometrics’ forecast for strong rent growth in 2012 is based partly on current strong occupancy for Class A assets and the impact this occupancy will have on rents and occupancy in other classes. Specifically, out of the top 88 markets in the country, Class A properties in 78 markets are more than 94% occupied, and in 51 markets they are more than 95% occupied.

The Bay Area in Northern California remains the hottest area in the country for annual effective rent growth. For example, San Francisco and San Jose have pushed rents more than 10% since February 2011. Generally, the weakest markets for annual rent growth are in Nevada and smaller markets in the southeast.

Austin and San Jose serve as good proxies for two trends Axiometrics believes will play out this year and next. First, rent growth for Class A properties, while still increasing, has already begun to slow in many markets. For example, Class A rent growth peaked in Austin last summer at more than 12% on an annual basis. Today, the year-over-year pace sits below 6%. Watching what is happening with Class A provides an early indication of where the general market is heading.

Second, because they recovered much later, Class C assets in Austin continued to gain momentum for several months after A properties began to dial back the relative increases. For example, the 7.4% growth for Austin is being boosted by the performance of Class C properties, and this trend is likely to play out in markets throughout the country this year.