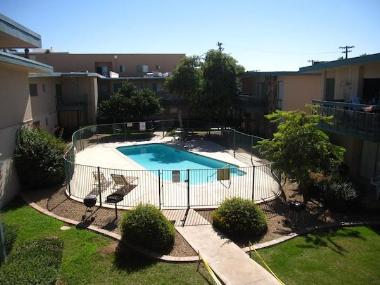 Lorne Polger, senior managing director of Pathfinder Partners said the purchase carries significant potential for an increase in its future value because the complex - built in 1959 - has not been upgraded for decades.

"Our recent focus on Phoenix, where we have acquired a total of five properties in the past nine months, spotlights our interest in properties with attractive pricing with a value add component," Polger said.

The Academy property, approximately 85 percent occupied at the time of acquisition, is situated on a 3.3-acre parcel with a mix of 52 two-bedroom, two-bath units; 40 one-bedroom, one-bath units; and four three-bedroom, two-bath units. Located just north of downtown Phoenix near restaurants, shopping, employment centers and a light rail station, the complex has four swimming pools, onsite laundry and 96 parking spaces.

In addition to the Shorewood acquisition, Pathfinder's other Phoenix area purchases include:

Dobson Springs Apartments, a 120-unit complex in Mesa, Ariz., an REO acquisition in partnership with Arizona- and British Columbia-based Bruckal Properties and its affiliate New Summit Partners; and

Headquartered in San Diego, Pathfinder Partners was founded by Lorne Polger and Mitch Siegler in 2006 to make opportunistic investments in distressed real estate assets and defaulted loans. Since inception, Pathfinder has acquired notes and properties with original loan balances in excess of $350 million in more than 35 separate transactions. In addition to seeking opportunities to add value by providing liquidity to selling financial institutions, Pathfinder also seeks to maximize value through property enhancements, improvements in operations and marketing, property repositioning and other strategies.