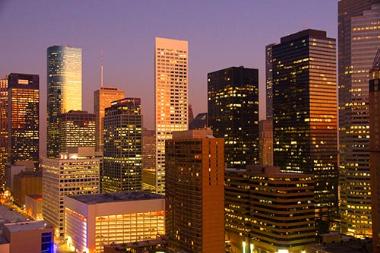 HOUSTON, TX - Wood Partners, L.L.C., the nation's most active multifamily developer, announced it will begin construction of Alta Woodlake Square, a $32.4 million luxury apartment community in the Westchase District. The 256-unit development at 2630 Tanglewilde Street will be a three-story building featuring studio, one- and two-bedroom apartment homes.

"We love the location. We're at the southern entrance to one of the nicest neighborhoods in town," said Todd Gaines, Wood Partners development associate. "The site is minutes from major employment centers in the Westchase District, the Galleria and the Energy Corridor, which makes it very attractive for a multifamily project."

The community is adjacent to the revitalized Woodlake Square shopping center, which features a completely renovated Randall's Flagship grocery store, a Walgreen's drug store and a number of other high-quality retail tenants.

"Architecturally, we worked with AmREIT (which owns the shopping center) to complement their design, while still maintaining a residential feel," said Gaines.

Houston continues to experience strong demand for multifamily properties and robust job growth. A report by the Houston Association of REALTORS notes a "surge in consumers relocating to Houston from around the U.S. According to the Texas Workforce Commission's latest report, the Houston-Sugar Land-Baytown Metropolitan Statistical Area gained 66,300 jobs in the 12 months ending September 2011. That represents an increase of 2.6 percent."

The units at Alta Woodlake Square, which received the National Green Building Standard certification, will feature granite countertops, stainless steel appliances, under-mount sinks, subway tile backsplashes, vinyl plank flooring in kitchen and living areas. A washer and dryer are included in each unit, as well as garden tubs in the bathrooms.

Approximately half the units will be outfitted with a technology package including an in-wall iPod docking station and speakers mounted in living rooms.

Leasing for the project is expected to begin in March 2013, with the first move-ins the following June.