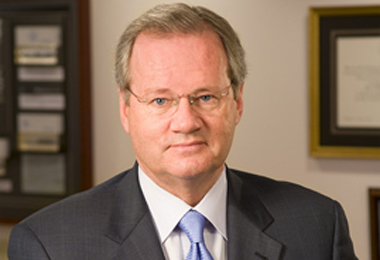 ORLANDO, FL - Members of the National Association of Home Builders (NAHB) elected Kevin Kelly, a Delaware multifamily builder and developer as the 2012 Second Vice Chairman of the Board. His election moves him “up the ladder” in the NAHB hierarchy and one notch closer to the Chairmanship.

In the same proceeding, Barry Rutenberg, a home builder headquartered in Gainesville, Florida, succeeded Robert F. Nielsen, the Reno, Nevada multifamily builder, as Chairman of NAHB. During his year at the top of the trade association, Bob Nielsen has fought hard to bring the home building industry out of the depths of the worst economic crisis since the Great Depression. His many appearances before Congress and the Obama Administration, and frequent public statements have done much to position NAHB members to take advantage of the long overdue residential housing recovery. Bob remains in a position of influence as NAHB’s Immediate Past Chairman.

As President of Leon N. Weiner & Associates, Inc., (LNWA), Kevin Kelly with his partners directs an organization that has planned, built, and sold over 5,000 single-family, detached and attached homes, and developed and constructed thousands of apartments and a variety of commercial properties.

Since becoming President in 1989, Kevin Kelly has guided LNWA to a position of leadership in the home building industry. Today, the company has a well-deserved national reputation for integrity, quality construction, customer satisfaction, exacting and effective business practices, and a continuing commitment to promoting the industry.

A dedicated housing advocate and spokesperson, Kevin Kelly has championed a fair and equitable business environment for home builders through his active participation in federal, state, and local government committees and task forces, as a member of the National Association of Home Builders (NAHB), the Home builders Association of Delaware (HBA/DE), and other industry and community organizations. His impassioned, insightful, and unwavering advocacy has earned him the respect of his fellow home builders, government officials, and homeowners across the country.

With more than 800 affiliated state and local home builders associations and more than 140,000 members across the country, NAHB is the “voice of the housing industry,” representing the interests of the nation’s housing professionals through advocacy, education and research.