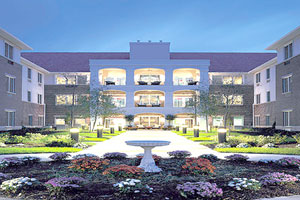 NASHVILLE, TN - Brookdale Senior Living Inc. announced that it has recently completed the acquisition of nine communities with a total of 1,295 units for an aggregate purchase price of $121.3 million, plus customary transaction expenses. The communities had previously been operated by the Company under long-term leases that were accounted for as operating leases.

"Acquiring these communities gives us the opportunity to move forward with renovating and repositioning these assets to improve their financial performance.  By owning these assets outright, we will capture the assets' entire value creation potential and preserve important optionality with respect to these assets, including the ability to expand some of these communities if we decide to do so or to dispose of those that may not fit our long-term strategy," said Bill Sheriff, Brookdale's Chief Executive Officer.

Additionally, the Company announced that it had obtained a $63.0 million first mortgage loan secured by one of the Company's communities.  The loan has a five year term and bears interest at a variable rate of 30 day LIBOR plus 300 basis points.  In connection with the transaction, the Company repaid a $62.8 million first mortgage loan that was scheduled to mature in 2013.  The refinancing transaction represents another step in the process of the Company's plan for addressing its 2013 debt maturities.

Brookdale Senior Living Inc. is a leading owner and operator of senior living communities throughout the United States.  The Company is committed to providing an exceptional living experience through properties that are designed, purpose-built and operated to provide the highest-quality service, care and living accommodations for residents.  Currently the Company operates independent living, assisted living, and dementia-care communities and continuing care retirement centers, with 646 communities in 36 states and the ability to serve approximately 67,000 residents.