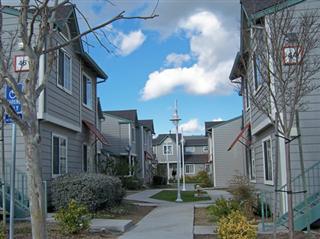 DALLAS, TX - In its latest report, Axiometrics Inc., a provider of data and advisory services on the apartment market, indicates that over the last three months of 2011, national effective rental rates declined by 1.05%. This compares to a decline of just 0.59% over the same period of 2010.

However, because effective rents had grown so much during the previous eight months of 2011, and because units at the upper end of the market are nearing capacity, pricing power for apartment owners is strong, thus rents should continue on their upward trajectory in 2012. Axiometrics projects effective rent growth in 2012 to reach 5.50%.

“The apartment market’s strength is being driven by demand from modest job growth, strong renter household formation, and low supply,” says Ron Johnsey, president of Axiometrics Inc. “These factors will make 2012 a strong year, better than both 2010 and 2011, at least from the owner and landlord perspective. Residents in most markets will begin to move more to control their housing costs, such that people in Class A properties will begin to migrate to Class B properties to keep their monthly rent constant.”

Nationally, effective rents increased by 4.1% in 2011, which was down from a rate of 4.4% in 2010. The difference occurred mostly in the last three months of the year. Broken out by property class, Class A properties ended the fourth quarter of 2011 with annual effective rent growth of 5.3%, Class B properties with a rate of 4.2%, and Class C with a rate of 3.8%. However, since their trough in the third quarter of 2008, rents for Class A, B, and C properties have all increased such that they are now higher than their prior peak in the third quarter of 2008. From December 2009 to December 2011, the level of effective rent increased from $929 to $1,011, or almost a 9.0% increase over two years for all classes of properties. Click here for further rent growth data.

The national occupancy rate finished 2011 at 93.5%, which was up 40 basis points—from 93.1%—the prior year. Again, differences exist according to property class. Specifically, Class A properties have averaged 95.3% occupancy, which is the industry benchmark for full-capacity, since the second quarter of 2010. The tight occupancy in Class A properties has filtered down to Class B properties, which are now at 94.3%. As a result, Axiometrics expects Class C properties to significantly improve their occupancy rate in 2012, from an average of 91.4% in the fourth quarter of 2011 to more than 93.0% this year. At such a rate, Class C units would be near their peak occupancy, last set in 2006.

Across major markets, there was a significant difference in momentum for effective rent growth and occupancy from 2010 to 2011. The markets with the strongest momentum were: San Francisco, Santa Ana (Orange County), Houston, Charlotte, Los Angeles, and Dallas. The markets losing the most momentum were Raleigh, Nashville, Washington D.C., West Palm Beach, New York, and Phoenix.