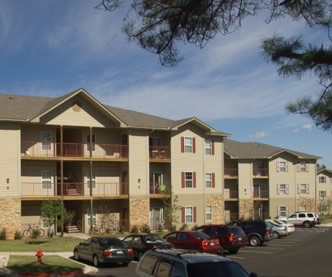 MEMPHIS, TN - EdR, one of the nation’s largest developers, owners and managers of collegiate housing, today completed the full ownership purchase of The Reserve on Stinson, a collegiate housing community near the University of Oklahoma in Norman, Oklahoma.

EdR purchased the 90% interest held by its joint-venture partner based on a total property value of $22.9 million. The purchase was funded by EdR with cash on hand.

Built in 2004, the 612-bed apartment community is less than a half mile from campus and offers a variety of furnished two-, three- and four-bedroom units, all with private bedrooms and baths. Residents also enjoy a variety of amenities such as a pool, fitness center, covered parking, shuttle service to campus and robust internet access.

The Reserve on Stinson opened the 2011-2012 academic year 97.5% occupied, which is 8.5 percentage points ahead of the prior year with a net rental rate 13% higher than the previous year. Based on this and other information, EdR’s purchase price represents a 7% economic cap rate on expected next twelve months net operating income.

EdR (NYSE:EDR) is one of America's largest owners, developers and managers of collegiate housing. EdR is a self-administered and self-managed real estate investment trust that owns or manages 61 communities in 23 states with over 34,600 beds within more than 11,200 units.