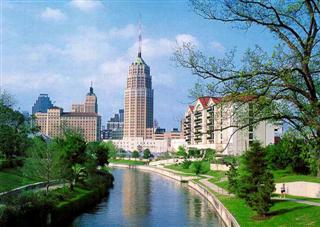 DALLAS, TX - Stratford Land has acquired 111 acres of prime infill, undeveloped land in San Antonio, Texas. Named Eisenhauer Point, the site enjoys more than one third of a mile of Interstate Highway 35 frontage and is located at the northwest corner IH 35/410 North and Eisenhauer Road within the city limits of Windcrest, a suburb on the east side of San Antonio. Terms of the acquisition were not disclosed.

All necessary zoning is in place and all utilities, both wet and dry, are available on the site periphery with sufficient capacity to allow for development. Eisenhauer Point’s ingress and egress has been handled making the site development-ready. Stratford Land envisions the site developing as a mixed-use project with multifamily on its eastern side and retail dominated by an anchor grocery store and/or soft goods retailer surrounded by mixed retail, restaurant and entertainment on the western side.

The area’s strong demographics of 9,000 new jobs in the last three years coupled with the unmet demand for multifamily residential prompted Stratford Land’s acquisition. Very little new, nearby multifamily development has occurred in the last three years while several of the region’s largest employers are within one-to-two miles of Eisenhauer Point. For instance, nearby Fort Sam Houston now has a population of more than 40,000, while Rackspace Managed Hosting Headquarters currently employs more than 4,000 people with projections to grow to 6,500 within a few years.

“Eisenhauer Point offers very well-located, infill land sitting in the middle of the strongest demographics imaginable and we are delighted to have the opportunity to acquire it and begin identifying development partners who can help us jumpstart this high potential project,” Sanders said.

Stratford Land controls more than 21,230 acres through four private equity funds and has 25 years of successful land investment management and lending on behalf of institutional investors. Based in Dallas, Texas, the fund focuses on acquiring properties in high-growth corridors in Texas, Arizona, Southern California, Colorado, Tennessee and the eastern seaboard from Virginia to Florida. Regional offices are currently located in Atlanta, Denver, Jacksonville, Phoenix and Raleigh.