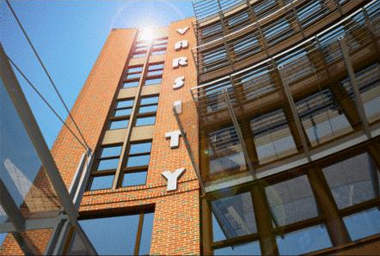 26 West is located just one block from the University of Texas and sits on an irreplaceable five acre site in the urban West Campus submarket in Austin, Texas. The asset was acquired on December 7, 2011 for $86.2 million. The 1,026 bed community opened in 2008 and offers a mix of predominantly four bedroom units with one of the most affordable private bedroom rates for newer purpose-built student housing in West Campus, starting at $648 per bed. Currently 98 percent occupied, 26 West is the only large project in the submarket that offers a one-to-one parking space to bed ratio, all located in a 1,041-space secured parking garage. The asset features a comprehensive amenity package including a clubhouse with fitness center, computer lab, recreation room and outdoor amenities featuring one of the largest swimming pools in this dense urban student submarket. The property has potential for significant improvement in management and operations. The company intends to invest $2.8 million in front end amenity enhancements and capital improvements. Including up-front improvements, the property is expected to produce a 6.2 percent nominal yield and 5.9 percent economic yield during the first year. The acquisition did not include the assumption of property level debt.

On December 28, 2011, American Campus acquired a 79.5 percent interest in the existing entity that owns The Varsity, based upon a total value of $121.5 million, and has full operational control of the property. The Varsity, located immediately adjacent to the University of Maryland campus, is regarded as one of the nation’s highest quality student assets. Opened in August 2011 with 91 percent occupancy, The Varsity offers the best combination of location, unit plans, amenities, interior finishes, retail shops and restaurants of any purpose-built student housing in the College Park submarket. The 901-bed community includes 23,000-square feet of fully leased student-oriented retail, a two-story fitness center, business center, game room, study lounges, and an outdoor courtyard. Parking for the community is provided onsite with additional parking provided in an adjacent on-campus lot through an agreement with the University. The property features large spacious units not commonly found in this pedestrian submarket that are fully furnished and include washer and dryer, granite countertops, bamboo flooring, and 40” flat panel televisions. Based on the total value of the asset and including retail operations, the property is expected to produce a 6.2 percent nominal yield and 6.0 percent economic yield during the first year.

“These two acquisitions along with our 11 owned development properties being delivered in Fall 2012 represent $593 million in premier core assets,” said Bill Bayless, American Campus CEO. “Each of these 13 properties meets our disciplined investment criteria of a differentiated product located either on campus or within walking distance to each respective university and are located in submarkets with barriers to entry. This high-quality growth reaffirms our portfolio's best-in-class position.”

American Campus is funding its growth with a combination of cash on hand from proceeds raised under the ATM program, credit facility borrowings, including the recent $150 million term loan increase, and construction financing. During the fourth quarter, the company sold 1,903,024 shares of common stock under the ATM program at a weighted average issue price of $39.54 per share for net proceeds of approximately $74.1 million. The company does not expect the two acquisitions to have a material impact on 2011 FFOM, as the transactions closed near year-end and any expense related to transaction costs will be offset by net operating income generated by the properties.