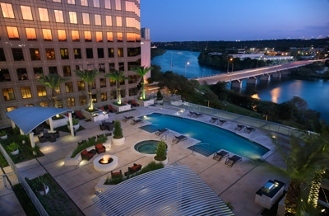 The 12 communities in the joint venture include seven from the Companies’ first joint venture with MetLife (UDR/MetLife I) formed on November 8, 2010, while the remaining five have been newly acquired by UDR/MetLife II. The newly acquired communities, collectively known as Columbus Square, are recently developed, high-rise apartment buildings located on the Upper West Side of Manhattan and were purchased for $630 million.

Tom Toomey, president and CEO of UDR, commented, “We are pleased to be expanding our relationship with MetLife through the formation of a second joint venture that increases our ownership interests in high-quality apartment communities that were all acquired in off-market transactions. These latest transactions speak to the success of the first UDR/MetLife joint venture and the opportunities available to us to further grow our partnership with MetLife in the future.”

“We’re excited about this new joint venture, which enables us to increase our investment in high-quality, multi-family properties in top-tier markets,” said Robert Merck, senior managing director and head of real estate investments for MetLife. “This joint venture is in line with MetLife’s commercial real estate investment strategy and also builds upon our strong relationship with UDR. We look forward to continuing to work closely with UDR’s experienced management team.”

The acquisition of Columbus Square by UDR/MetLife II has been partially funded through a combination of 10-year fixed- and floating-rate debt totaling $302.3 million at an average rate of 3.8 percent from Fannie Mae. Approximately 88 percent of this amount is fixed at a rate of 3.9 percent. In addition, the new joint venture assumed $363 million of debt associated with the seven communities contributed from the UDR/MetLife I joint venture. In total, the debt associated with the UDR/MetLife II joint venture carries a weighted average interest rate of 4.2 percent and a term of 9 years.

Four of the five towers that comprise Columbus Square are located just one block from Central Park, are within close proximity to multiple subway stops, and encompass Columbus Avenue between 97th Street and 100th Street. The fifth tower is on Amsterdam Avenue and 100th Street, one block west of the other four buildings. As 98th Street and 99th Street do not connect through Columbus Avenue, Columbus Square boasts a unique neighborhood-like feel.

Apartment home interior finishes are consistent with condo style product and include 9-foot high ceilings, plank white oak hardwood floors, floor-to-ceiling windows, stainless steel appliances, stone slab countertops in the kitchen, and marble vanity top and sills in the bathrooms. Many of the homes include a washer/dryer and home sizes average approximately 700 square feet. In addition, each of the buildings that comprise Columbus Square were developed under the 421a program and have received real estate tax abatements that range from 10 to 20 years.

With the closing of UDR/MetLife II, the original joint venture between the parties, UDR/MetLife I, now comprises 19 operating properties containing 3,930 homes as well as 10 vacant land parcels. Historical cost of the venture now stands at $1.8 billion and the Company’s weighted average ownership interest in the UDR/MetLife I operating assets is now 12.6 percent and 4.0 percent for the land parcels in the venture. Remaining debt for UDR/MetLife I totals $717.4 million, carries a weighted average interest rate of 4.2 percent and a term of 8 years.