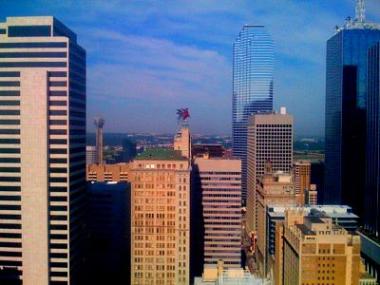 DALLAS, TX - Axiometrics Inc., a provider of data and analysis on the apartment market, reports that national effective rent growth was lower than expected during November, with effective rents declining 0.47% between October and November. This marked the lowest sequential growth rate of any month for the past two years. Year-to-date effective rent growth now stands at 4.37%.

The national occupancy rate declined 17 basis points (bp), from 93.82% in October to 93.65% in November. As with effective rents, the decline appears to be typical for the season and compares favorably to the 14 bp decline in November of 2010. Overall, occupancy is up 54 basis points year-to-date.

“The national growth numbers, particularly on the rent side, were more negative than expected, but the fourth quarter should finish stronger than what we’ve typically seen over the past decade,” said Ron Johnsey, president of Axiometrics Inc. “Strong renter household formation and the declining homeownership rate will continue to benefit the apartment market, and will help contribute to our forecasted effective rent growth of 5.5% nationally for 2012.”

Though they have consistently improved throughout the year, C-class properties have weighed down the national effective rent growth rate. Class A and B properties hit a plateau in March of this year of approximately 5.5% annual growth, but began to trail off after July. Class A properties have increased rents the most this year, on both a relative and absolute basis. For example, a renter shopping an A-class building in 2010, and then again in 2011, could have expected on average to see close to a $70 increase in effective rent. Class B properties have increased $40 to $50 over the past year, while Class C rents are up just $17. Click here for further effective rent growth data.

Despite the recent slowdown, Axiometrics’ research indicates 2012 should be another strong year in terms of effective rent growth, with improving job creation and new apartment supplies being the key factors in its forecasted growth rate of 5.5%. With permitting and new construction not slated to really ramp up until 2013, occupancy and pricing power for landlords will continue to improve. Class C properties, which have lagged Class A and B properties in terms of occupancy and rent growth, may see the most growth in 2012 as renters in lower tier B properties move down to upper tier C properties in order to stabilize their housing costs.

Most of the top performing markets from 2011 are expected to slow down in 2012, though overall growth should remain strong historically. San Jose, San Francisco, and Austin are all expected to remain among the Top 10 in effective rent growth in 2012, and in a big change from recent years, Las Vegas is expected to finally turn positive and become one of the most improved markets in 2012.

Axiometrics Inc. measures the performance of the apartment sector every month by surveying more than 18,000 properties and 4.8 million units.