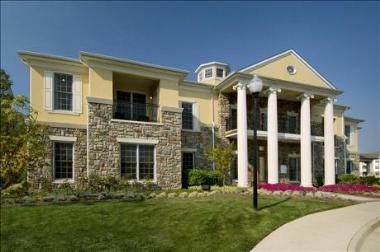 ROCHESTER, NY -  Home Properties, Inc. announced that, on December 15, 2011, it purchased The Gates of Deer Grove in Palatine, Ill. for $20.2 million and, on November 30, 2011, it purchased an apartment community in Herndon, Va. for a total purchase price of $92.75 million.  Year-to-date, the Company has purchased $500.8 million in apartment assets.

"With these final two acquisitions for the year, Home Properties' 2011 property purchases have exceeded half a billion dollars," said Edward J. Pettinella, President and CEO of Home Properties.  "In 2011, we acquired eight properties in five states containing more than 2,800 apartments, which will add future value for our shareholders."

The Gates of Deer Grove (204 units) was purchased for $20.2 million in cash, which equates to approximately $99,000 per apartment unit.  At closing, the property was 98.0% occupied at monthly rents averaging $1,030.  The property is located on Dundee Road, a primary east-west highway traversing the northern portion of Palatine, which is a high-density, well-established township in Chicago's northwest suburbs.  The Gates of Deer Grove is located between Home Properties' Blackhawk Apartments (371 units) to the west in Elgin and The Colony (783 units) to the east in Mt. Prospect.  It is adjacent to a neighborhood shopping center and within easy access to other retailers, as well as Deer Grove Forest Preserve.

Built in 1974, The Gates of Deer Grove was completely renovated in 2008. It consists of 204 units in six three-story garden-style buildings.  Buildings have brick and siding exteriors with reinforced concrete slab foundations, wood framing and new pitched shingle roofs, installed during renovation.  Windows are double-pane aluminum-framed sliders.  There are six studio units, 116 one-bedroom units and 82 two-bedroom units.  The average unit size is 896 square feet.  Each building has two central boilers that provide hot water heat via radiant baseboards in each unit.  Air conditioning is provided via wall electric units in the living room and main bedroom.  All utilities are paid by residents.  During the 2008 renovation, all kitchen cabinets, countertops, appliances and fixtures were replaced.  All bathroom cabinets, countertops and fixtures were repaired or replaced as part of the renovation.  Each bathroom is equipped with a bathtub/shower and ceramic tile surround and flooring.  Each apartment has an individual balcony or patio, window blinds and intercom.  Some units contain washers and dryers and gas fireplaces.  Common area amenities include a renovated clubhouse with expanded entertainment amenities including a fitness center, multimedia theater and business center.  A new outdoor swimming pool and tennis court were constructed and a new dog park installed.  The beautifully landscaped grounds with private pond and fountain are near bicycle and walking paths.

The Courts at Dulles (411 units) was purchased for $92.75 million in cash, which equates to approximately $226,000 per apartment unit.  At closing, the property was 95.6% occupied at monthly rents averaging $1,539.  In addition to base rent, utility reimbursement from residents plus other property income totals approximately 6% of base rent on an annual basis.

The A-class property in Fairfax County is situated off Sunrise Valley Drive, which provides direct access to the Dulles Toll Road (VA Route 267) in the Reston/Herndon sub-market, 26 miles west of Washington, D.C., a mile from Dulles International Airport and less than two miles from the future Route 28 Metro station (Silver Line).  The market has become a hub for major employers, including corporations and government agencies such as BAE Systems, Cisco Systems, Computer Associates, Federal Express, Lockheed Martin and Sprint.  It has a very desirable public school system and excellent nearby entertainment and retail destinations.

During the first four years of ownership, the Company expects to spend a total of approximately $2 million, in addition to normal capital expenditures, to make select improvements. Acquisition costs of approximately $415,000 for the purchase of both properties will be included in other expense in the 2011 fourth quarter.