Houston Touted as City of Opportunity for Real Estate 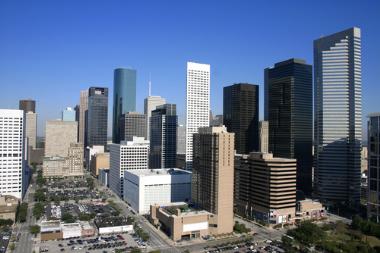 McDonald was optimistic in her predictions for the 2012 Houston office market stating, "Houston is one of the strongest cities in the nation and it will continue to be that way in 2012."  Though Houston is below the national average for office vacancies at 16.3%, McDonald expects to see a continued decline in the coming year. And, while construction has been down in the office market with 1.4 million square feet under construction in 2011, she predicts a spike in construction in 2012.

Office leasing has stabilized with Class A lease rates rising. "We should continue to see rates trending up in desired markets," McDonald added.  Also on the rise are employment rates and productivity, both which help enhance the Bayou City's office market potential. McDonald cited statistics released in December 2011 from the Greater Houston Partnership that Houston has now recovered all 121,200 jobs that it lost during the recession.

"Despite retail sales figures reaching a historical high of $395.5 billion, consumer confidence is on the decline in the U.S. – lower than any level in the 40-year history of the index outside of the most recent recession," McDonald explained. Possible factors for the decline in confidence include the European debt crisis, protests against Wall Street and the government, as well as the negative tone of economic news reports.

In the retail sector, King stated "the Houston retail market has rebounded faster than any other metro in the U.S." In fact, retail occupancy rates are at the highest they've been since 2005 at 92.9% led by inner loop properties. Rents, which bottomed out at $14.41 per square-foot, are climbing again and are above an 8-year historical average. Lack of new development, coupled with Houston's attractive economic and population growth, have led to continued positive net absorption in the retail sector. Current retail trends include a continued effort by retailers to reduce the size of stores; expansion in lower income or Hispanic markets; no-interest financing options to attract consumers back into their stores; and Internet sales, which currently make up approximately 11% of total sales, increasing annually at a rate of 10% - 15%.

King, who concurred with McDonald that national consumer confidence is one of the main challenges facing the retail market, also believes that continued economic strain in the European Union will have an impact on the U.S. markets moving forward. While there continues to be a limited supply of active anchor tenants (not including grocers), and available Class A retail space, King maintains that the Houston retail market will continue to outpace the rest of the country and continue to attract both new residents and retailers alike.

With the Houston population predicted to reach six million by 2013, Marshall anticipates a robust housing market to meet the demand. In the greater Houston area, housing starts and annual closings have increased with new home starts for the third quarter of 2011 at 13,838 with the majority of homes costing $175,000 - $300,000.  He added, while the 20-year average for mortgages is around 7%, it's below 4% now in Houston. "It's a very attractive situation," said Marshall, though purchasing a new home is more difficult due to stringent underwriting standards from lenders.

The Houston apartment market has seen rising rental rates, which will continue into 2012, Marshall added. In fact, apartment occupancy in Houston is around the 90th percentile, with approximately 7,000 units under construction.

The industrial market has doubled its sales volume since 2010, Wilson explained. Adding to the industrial market fervor were some 20 industrial sales transactions in 2011 (compared to 13 in 2010); the anticipated move of Exxon-Mobile's headquarters to The Woodlands – which may create a second energy hub in Houston; and the Eagle Ford Shale, which drives energy and has produced 10,000 jobs in Texas so far.

The panelists shared a positive outlook for Houston and anticipate opportunities for the commercial real estate markets in 2012.  Wilson concluded the presentation by stating "Houston is the place to be in 2012. Six million Houstonians can't be wrong."