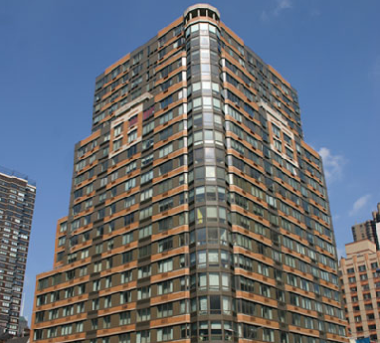 Eastbridge Landing, which is located at 377 East 33rd Street across the street from New York University Langone Medical Center, was acquired for a purchase price of approximately $131 million. It will be renamed Archstone Kips Bay.

“We are extremely excited about being back in the business of acquiring incredible apartment communities in the best neighborhoods in the country,” said R. Scot Sellers, Archstone’s chief executive officer. "Archstone Kips Bay will increase our presence in New York, one of our core markets, to 14 apartment communities.”

Bradley Carroll, managing director of Madison International Realty, added: “We are very gratified with the successful completion of the sale. Eastbridge Landing is a high quality asset in an extremely desirable area of Manhattan. The property attracted a great deal of investor interest, and we are pleased that we were able to conclude the transaction with Archstone.”

The Gramercy Theatre, Peoples Improv Theater and Kips Bay Movie Theatre, which are also just blocks from the community, host live music events, stand-up comedy and more. In addition, the community borders the Murray Hill neighborhood, which is home to many restaurants and nightlife destinations along 2nd and 3rd avenues.

“Kips Bay and Murray Hill are among the most sought after neighborhoods in one of the most vibrant cities in America,” said Charles E. Mueller Jr., Archstone’s chief operating officer. “Our talented operations team is looking forward to adding even more value to the incredible location through our commitment to providing best-in-class customer service.”

Within walking distance from midtown, Archstone Kips Bay also offers easy access to major employers, including the United Nations and several financial services offices. Residents who commute to other areas of the city are a few blocks from the subway station at 33rd and Park, where they can catch the 6 train.

While at Archstone Kips Bay, residents enjoy a number of exclusive amenities, such as a media room with kitchen and a fully-equipped fitness center. The New York City apartments offer studio, one-, two-, three- and four-bedroom floor plans and feature large windows with city views, wood flooring, European cabinetry and granite countertops. Select units include washers and dryers, fireplaces and/or terraces. Floors three through seven of the community will offer smoke-free living.

Cushman & Wakefield Sonnenblick Goldman served as the exclusive advisor to the seller, Madison International Realty and RFR Holding. The team on the transaction was led by Dave Karson, with Helen Hwang and Nat Rockett from investment sales and Kate Pelet, Mark Ehlinger and Michael Henry from CWSG.

“The ownership was not a seller entering the market and there was no shortage of capital opportunities around this asset, but Archstone has such a terrific track record and reputation that we felt compelled to explore a transaction with them,” said Dave Karson. “We quickly became convinced that Archstone was the right execution, and we’re all very pleased with the result. This asset has a great future and this is a win for both sides.”

Archstone is a recognized leader in apartment investment and operations. The company's portfolio is concentrated in many of the most desirable neighborhoods in and around Washington, D.C., Los Angeles, San Diego, San Francisco, New York, Seattle and Boston. Archstone strives to provide great apartment rentals and great service to its customers—backed by service guarantees. As of September 30, 2011, the company owned or had an ownership position in 428 communities located in the United States and Europe, representing 73,955 units, including units under construction.