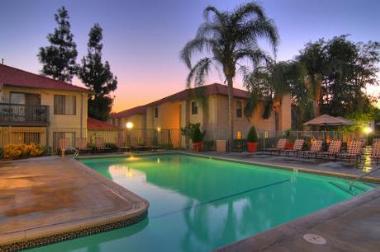 LOS ANGELES, CA - Citing the continued upside potential for rental properties in Southern California, Phoenix Realty Group (PRG) has now acquired 10 apartment communities across the region in the past year with the recent purchases of the $34.5-million Windrush Village Apartments in Colton, Calif., and the $30.8-million Galleria at Towngate Apartments in Moreno Valley, Calif.

PRG now owns more than 3,200 SoCal rental units for a total value of approximately $387 million acquired on behalf of its institutional real estate fund. “We continue to be bullish on the Inland Empire’s Riverside and San Bernardino counties due to their close proximity to employment centers in higher-priced Los Angeles and Orange counties,” according to Edward Ratinoff, PRG managing director and head of national acquisitions.

“These value-added investments are uniquely positioned to meet a growing demand for quality, well-located rentals near top schools, retail malls and jobs in a region key to the recovery of California, the eighth-largest economy in the world,” said Ratinoff.

According to PRG managing director Alex Saunders, the 268-unit Galleria at Towngate is a best-in-class asset purchased well below replacement cost. Built in 2006, the community offers an extensive amenity package including a pool and spa, fitness complex, clubhouse with business center and children’s playground. “The apartments attract families affiliated with the University of California Riverside and March Air Force Base as well as major manufacturing hubs including the new 1.8-million-SF distribution center for Skechers USA,” he explained.

Saunders added that the 366-unit Windrush Village, spread across 30 buildings on 11 acres, will benefit from $2.6 million in capital improvements including a renovated clubhouse and gym, and new appliances in the two-thirds of apartments due for renovation. “With average rents below $1,000/month, Windrush stays almost fully occupied thanks to major employers including Arrowhead Regional Medical Center, Loma Linda University Medical Center, University of Redlands and major retail centers along the intersection of I-215 and I-10.”

The sale of both properties was brokered by John McCulloch, principal with ARA Pacific in San Francisco, with financing arranged by Brandon D. Smith, senior analyst with CBRE Capital Markets in Los Angeles.