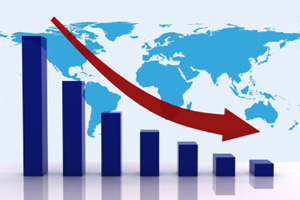 NEW YORK, NY - Data through September 2011, released today by S&P Indices for its S&P/Case-Shiller Home Price Indices, the leading measure of U.S. home prices, show that nationally home prices did not register a significant change in the third quarter of 2011, with the U.S. National Home Price Index up by only 0.1% from its second quarter level. The national index posted an annual decline of 3.9%, an improvement over the 5.8% decline posted in the second quarter. Nationally, home prices are back to their first quarter of 2003 levels.

As of September 2011, the annual rate of change in 14 of the 20 MSAs and both Composites, covered by S&P/Case-Shiller Home Price Indices, improved versus August. Atlanta, Las Vegas, Los Angeles, San Francisco, Seattle and Tampa recorded lower annual declines in September compared to August. Detroit and Washington DC were the only two MSAs to post positive annual rates of +3.7% and +1.0% respectively. Detroit has now recorded three consecutive months of positive annual rates.

The S&P/Case-Shiller U.S. National Home Price Index, which covers all nine U.S. census divisions, recorded a 3.9% decline in the third quarter of 2011 over the third quarter of 2010. In September, the 10- and 20-City Composites posted annual rates of decline of 3.3% and 3.6%, respectively. Eighteen of the 20 MSAs and both monthly Composites had negative annual rates in September 2011, the only exceptions being Detroit and Washington DC.

"Home prices drifted lower in September and the third quarter," says David M. Blitzer, Chairman of the Index Committee at S&P Indices. "The National Index was down 3.9% versus the third quarter of 2010 and up only 0.1% from the previous quarter. Three cities posted new index lows in September 2011 - Atlanta, Las Vegas and Phoenix. Seventeen of the 20 cities and both Composites were down for the month. Over the last year home prices in most cities drifted lower.  The plunging collapse of prices seen in 2007-2009 seems to be behind us.  Any chance for a sustained recovery will probably need a stronger economy.

"Detroit and Washington DC posted positive annual rates of change and also saw an improvement in these rates compared to August. Only New York, Portland and Washington DC posted positive monthly returns versus August. It is a bit disturbing that we saw three cities post new crisis lows.  For the prior three or four months, only Las Vegas was weakening each month. Now Atlanta and Phoenix have fallen to new lows too. On a monthly basis, Atlanta actually posted a record low rate of -5.9% in September over August. The markets are fairly thin, and the relative lack of closed transactions might be exacerbating the downside. The relative good news is that 14 cities saw improvements in their annual rates of change, versus the six that weakened."

Atlanta, Las Vegas and Phoenix posted record index lows with September's data. While Phoenix home prices are almost back to their January 2000 levels, Atlanta and Las Vegas prices have fallen below these levels.

Since its launch in early 2006, the S&P/Case-Shiller Home Price Indices have published, and the markets have followed and reported on, the non-seasonally adjusted data set used in the headline indices. For analytical purposes, S&P Indices does publish a seasonally adjusted data set covered in the headline indices, as well as for the 17 of 20 markets with tiered price indices and the five condo markets that are tracked.