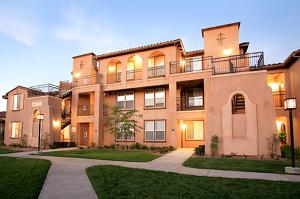 Galleria at Towngate, constructed in 2006, and Windrush Village, originally constructed in 1985 and acquired by BRE in 1996, were sold for a combined gross sales price of $65.2 million. The combined gross sales price represents a 6.3 percent weighted average capitalization rate based on trailing 3-month annualized NOI. The sale of the two properties will result in a total gain of approximately $14.5 million. Proceeds from the dispositions will be used to repay amounts outstanding under the company’s revolving credit facility.

Also on November 14, 2011, BRE commenced construction on its 2.4 acre site located in downtown Sunnyvale, California. The mixed use project will comprise 280 market rate apartment units and approximately 22,460 s.f. of retail for a total projected investment of $124 million. First unit deliveries are expected to occur in the second half of 2013 with completion expected in early 2014. The urban infill, transit-oriented development is located one block from a Cal Train station and within a two block radius of 700,000 s.f. of office space and 250,000 s.f. of retail space. The project is centrally located to many of Silicon Valley’s largest employers including Apple, Yahoo, Intel, Google, and Cisco Systems.