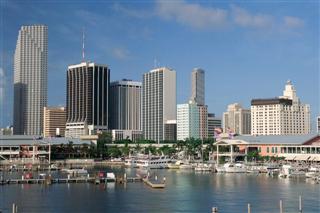 ORLANDO, FL - Florida's existing home and existing condo sales continued to show gains in third quarter 2011 compared to the same period a year earlier, according to the latest housing statistics from Florida Realtors®.

Existing home sales rose 12 percent in 3Q 2011 with a total of 46,759 homes sold statewide; during the same period the year before, a total of 41,728 homes changed hands according to Florida Realtors. Statewide sales of existing condos in the third quarter rose 13 percent compared to the year-ago sales figure.

Florida's existing-home median sales price continued to stabilize and remained level at $136,000 for the three-month period; in 3Q 2010, it was $135,900. The median is a typical market price where half the homes sold for more, half for less.

"The quarterly numbers confirm the general improvement in Florida's housing market in both sales and prices that we've been seeing since January 2011," said Florida Realtors Chief Economist Dr. John Tuccillo. "However, this positive trend isn't receiving the attention it's due because of the interaction of people's expectations, perceptions and reality. When you come out of a recession, people expect the real estate market to take a huge jump forward, and when it doesn't, they perceive that the market is 'bad' or still down. However, the reality is that the Florida market is improving and it has been for some time – it's just improving more slowly than initial expectations."

Mortgage rates continued to hover around historical lows in the third quarter. According to Freddie Mac, the national commitment rate for a 30-year conventional fixed-rate mortgage averaged 4.31 percent in 3Q 2011; one year earlier, it averaged 4.45 percent.

Florida Realtors®, formerly known as the Florida Association of Realtors®, serves as the voice for real estate in Florida. It provides programs, services, continuing education, research and legislative representation to its 115,000 members in 64 boards/associations.