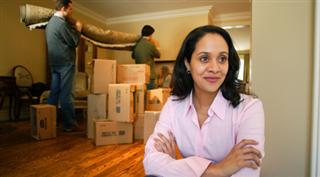 SAN FRANCISCO, CA - Apartment resident renewal intent is at its lowest point since 2008, according to Kingsley Associates' latest resident survey results. For the period ending in Q3 2011, 60.8 percent of residents surveyed indicated they "definitely" or "probably" would renew their leases. This is the lowest proportion since 60.6 percent in Q4 2008.

The decline in renewal intent comes amid stabilization of a similar trend in overall resident satisfaction. For the period, 76.3 percent of residents reported their overall satisfaction as "excellent" or "good," up from 76.0 percent last quarter. Still, this is much lower than the 79.6 reported just one year ago.

"Multifamily owners across the country have been pushing for higher rents," notes David Smith, COO, Kingsley Associates. "Firms that are creating an environment of superior service are able to capitalize the most on the current market by maintaining occupancy despite higher rents."

New York continues to lead major markets in resident renewal intent, though it has decreased somewhat. For the period, 77.6 percent of surveyed residents in New York indicated intent to renew, compared to 78.9 percent last quarter. Washington, DC is one of the few markets bucking the national trend, though resident loyalty in the market still trails the national average. Under 60 percent (59.5) of residents in Washington, DC intend to renew, up from 56.9 percent last quarter. As it did in Q2, Chicago leads major markets in overall resident satisfaction, with 86.0 percent of residents rating their satisfaction level either "good" or "excellent." These and other findings are available in Kingsley Associates' Q2 2011 Multifamily Trends.

Kingsley Associates surveys in excess of 1 million apartment units annually on behalf of its clients. The findings outlined above are based on survey responses received between October 1, 2010 and September 30, 2011.