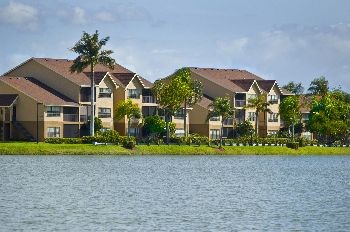 DALLAS, TX - Behringer Harvard announced today its acquisition of a 280-unit, garden-style multifamily community at 5750 Lakeside Drive, immediately east of U.S. Highway 441 in Margate, Florida. The community, which will be rebranded as Lakes of Margate, comprises 13 apartment buildings of two or three stories each, a clubhouse, and two storage buildings, all constructed in 1986-1987 on a 13.8-acre site 15 miles southeast of Fort Lauderdale-Hollywood International Airport.

Behringer Harvard acquired a 92.5 percent ownership interest in Lakes at Margate, which was purchased for the portfolio of Behringer Harvard Opportunity REIT II, Inc. Denver-based Grand Peaks Properties acquired a 7.5 percent ownership interest and will assume management of the property. Lakes of Margate was 94 percent leased as of September 30, 2011. The new owners plan to invest approximately $2.3 million in capital improvements including upgrades to the apartment units.

Situated on a wooded site with lakefront views, the community also benefits from previous renovations including new roofs in 2005; upgrades to the clubhouse in 2009; renovation of the pools, playground and tennis court; and upgrades to the fitness center and business center. Common amenities include two swimming pools with cabanas, a heated spa, a fitness center, a clubroom, a business center, a tennis court, a playground and a fishing dock on Lemontree Lake. Apartment units, averaging 837 square feet, feature up to three bedrooms and two baths, full-size washers and dryers, and private screened patios or balconies. Residents also enjoy easy access to five major traffic arteries serving South Florida including the Florida Turnpike and Interstate 95, which are two miles and four miles to the east, respectively.

Lakes of Margate is surrounded by a wealth of retail, office and industrial space within the expanding Fort Lauderdale market. Residents have convenient access to major employment centers including downtown Fort Lauderdale, Fort Lauderdale-Hollywood International Airport and the deepwater harbor of Port Everglades. Two hospitals, University Hospital & Medical Center and Coral Springs Medical Center, are within a seven-mile radius of the property.

Major nearby shopping centers include Sawgrass Mills Regional Mall, Pompano Citi Centre and Broward Mall. The community also is near dozens of recreational amenities. It's only a few miles from Fern Forest Nature Center and Tradewinds Park, and the seaside of the Atlantic Ocean is less than 10 miles east at Pompano Beach, a popular attraction for beachcombers, golfers and sport fishers. The central business districts of Miami and West Palm Beach are 40 and 60 minutes, respectively, from the property.