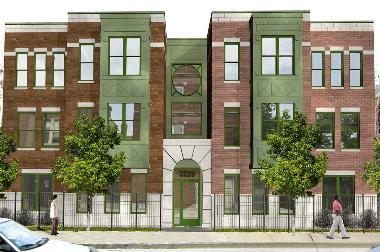 Supported by a $19 million loan from Morgan Stanley [NYSE: MS], the new fund is expected to fuel $100 million in affordable housing development by providing the early financing and loan guarantees required by investors and construction lenders. The fund will be disbursed through 30 LISC urban programs around the country, as well as through Rural LISC.

Noted Audrey Choi, Managing Director and Head of Morgan Stanley's Global Sustainable Finance group:  "We are pleased to provide this focused capital to help LISC launch this fund and meet the needs of communities across the country.  LISC has built an innovative program to mitigate the funding risks that have hindered development of the affordable housing sector.  Morgan Stanley's loan is the latest reflection of our commitment to support community development through targeted deployment of capital to areas in need."

The first loan for the new pool closed recently in Chicago, providing $3.6 million to bridge local Tax Increment Financing for Zapata Apartments, a new 61-unit development in the city's Logan Square neighborhood. Lack of full financing stalled the project for two years, though it was championed by Bickerdike Redevelopment Corporation, one of the city's leading nonprofit developers.

Last fall, LISC was one of 23 organizations awarded $80 million in grants from the federal Capital Magnet Fund, an initiative created by the Housing and Economic Recovery Act of 2008 and managed by the Treasury Department's Community Development Financial Institutions Fund (CDFI Fund).  The Capital Magnet Fund aims to spur development of affordable rental housing and other community facilities, as well as to attract significant private capital to the effort.

With its Capital Magnet Fund grant, LISC laid the groundwork for the Neighborhood Revitalization Loan Fund, which will be used for predevelopment, acquisition and construction loans.  The Fund also will provide liquidity and Section 8 guarantees which enable developers to borrow adequate funds to complete and operate projects in an environment in which investors are uncertain about federal funding commitments. The LISC Fund will focus on Low Income Housing Tax Credit (LIHTC) projects.

Development of affordable housing is central to LISC's Building Sustainable Communities strategy.  "It anchors communities," noted Michael Rubinger, LISC President and CEO.  "It also creates jobs, boosts nearby property values, expands local tax receipts, and supports the businesses in its vicinity – it also often results in large-scale revitalization. Particularly in this economic environment, it is vital."

The Neighborhood Revitalization Loan Fund will aid us in pushing LIHTC projects forward, noted Joe Hagan, President and CEO of the Chicago-based National Equity Fund, LISC's LIHTC affiliate.  "To say the LIHTC market has been up and down over the last few years is an understatement," Hagan said. "This new LISC fund will help put shovels in the ground, support developers that are critical to community revitalization, and move struggling families into decent, affordable homes."

"The critical need for affordable housing has been made worse by the scope and depth of the economic downturn," noted Susana Vasquez, LISC Chicago's Executive Director.  "Even the most experienced, committed developers in the city struggle to obtain financing to complete their projects.  LISC's Neighborhood Revitalization Loan Fund will make a difference between building – or not building – new low-income housing to meet the growing need."