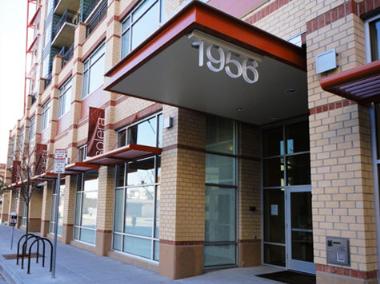 DENVER, CO - Zocalo Community Development has agreed to sell Solera, its high-rise downtown Denver apartment project to The Connell Company of Berkeley Heights, New Jersey for $37 million. The building features 120 units and 5,200-square feet of commercial space. The sale, which was finalized October 13, 2011, represents a record price per unit and record price per square foot for the state of Colorado.

"We've experienced high demand for our units since we opened our doors thanks to the upscale, environmentally-friendly lifestyle we offer," said Zocalo Principal David Zucker. "This sale shows that Solera has built a very attractive and valuable niche in the marketplace."

With loft-style ceilings, large windows, open kitchen layouts, and incredible mountain and city views, Solera's units fetch some of the highest rents in downtown Denver.  The property is also one of only a few dozen LEED Gold certified apartment projects in the country – a big selling point for The Connell Company, a privately-held firm with interests in real estate, mining, equipment leasing  and rice distribution.

By living in a sustainable apartment, Solera residents save more than 50 percent on their energy bills compared to similar buildings, which may equate to $700 worth of savings each year for the average resident. Solera's walkable location adds to the savings, allowing residents to spend less on gas.  According to the popular website Walkscore.com, Solera's proximity to shops, restaurants and entertainment make it a virtual "Walker's Paradise," with a score of 92 out of 100. Solera also offers a free bike parking space for every apartment as well a complete bike maintenance facility, the only one its kind in any downtown apartment building.

Solera's green features are a big lure for residents, with two-thirds of the building's residents citing sustainable attributes as the reason for leasing at the site.

Zocalo Community Development is an award-winning, Denver-based development and construction services company focused on creating sustainable communities that deliver for investors and neighborhoods alike.  Locally produced and contextually sensitive are descriptors of Zocalo's commitment to community development. Zocalo seeks to reduce the impact residential and mixed-use buildings have on the earth and the environment by substantially reducing greenhouse gases generated both by the building itself and by the means and patterns of resident commuting.